Coordinated with the Lutheran Office for World Community, we are thankful to share a perspective from a member of the Evangelical Lutheran Church in Tanzania during the 16 Days of Activism Against Gender-Based Violence, which are observed between November 25, the International Day for the Elimination of Violence against Women, and December 10, Human Rights Day.

Violence and peace are contagious. Maintaining them depends on one’s decision. A family member who has been raised experiencing one of the two is most likely to act the same toward people around them. One act of peace can change a society, and the same of violence. 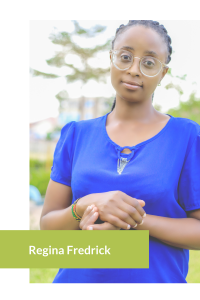 It is said that charity begins at home. Addressing root causes of violence starting from the family as the base, including women, is important. Women are pillars of their communities. Women are leaders, teachers, peacemakers, mediators, advisors, and many other critical roles in society. A woman is the best teacher for those around her if she will be respected and given a chance to play her roles. She has the power to challenge and change social norms which marginalize and/or exclude all members of society from thriving.

Unfortunately, there are a significant number of women in Shinyanga Kahama District where I live who have not achieved their dreams because of deep-rooted social norms that perpetuate gender injustice. Many women say they were asked by their parents to quit school, because it was not valued to educate the girl child, because after a few years she would be married and join another family. It is normal for girls to be asked by their parents to write wrong answers on national examinations so that they won’t go for further studies. These norms foster child-, early- and forced-marriage. 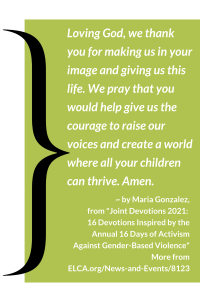 One of the appalling manifestations of gender inequality is gender-based violence (GBV). It is the time of the year when we as Lutherans join other gender justice champions during these 16 Days of Activism Against Gender-Based Violence (#16Days). The theme this year is “Orange the world: End violence against women now!”

The global statistics on GBV are disturbing. According to UN Women, one in three women experience physical or sexual violence, mostly by an intimate partner, within a lifetime. However, this topic tends to only be addressed publicly in the most severe cases. As I reflect on the #16Days theme, I want to share briefly what we are doing in our diocese to address family violence.

Church based actions to prevent violence

Agape English Medium Primary School based in Kahama, which is owned by South East of Lake Victoria Diocese (ELCT-SELVD), is also a good example of family violence prevention pioneering. A child who is living with disabilities, unable to walk, was being cared for by a grandmother who was economically poor. The family used to hide the child at home. The church took initiative and brought the child to a hospital in Dar es Salaam and later enrolled the child in school. Through schooling, the child and family are both happy and thriving. The church supports many other students to pursue their dreams.

It is critical that churches address violence. Family violence can sometimes be perpetrated in secret, like in the case of the child who was stigmatized and denied education because of the disability. Violence may be perpetrated by people economically poor, but poverty is not an excuse for committing violence. It is important to offer education to all people, at all levels, so that everyone understands and addresses GBV. 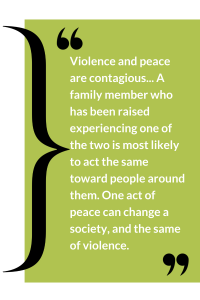 As a youth leader in my church, and at the regional level, I join other young people to advocate for an end to GBV and to promote gender justice. Rooting out harmful social norms that have no place in our homes, places of worship or society-at-large is critical.

We must address gender stereotypes and the underrepresentation of women and young people in leadership level both in church and society. We must all join hands to ensure education opportunities for young people, especially girls. We must address the huge need for youth development, especially in rural communities that lack resources. We must include youth at all levels of decision-making, especially in peace processes, and I have joined my fellow youth of East and Horn of Africa urging this. We must train our young people in conflict prevention and mediation skills at grassroots levels.

We must strive for families and societies free of violence where all can thrive. Let us end violence against women and girls now.

ABOUT THE AUTHOR: Regina Fredrick is a member of the Evangelical Lutheran Church in Tanzania (ELCT) and among youth leaders in her South East of Lake Victoria Diocese. She has been a Lutheran World Federation delegate to the 65th UN Commission on the Status of Women and the Generation Equality Forum. In May 2020, Fredrick was appointed to represent ELCT youth in All African Youth Network which is under All African Conference of Churches (AACC).

A teacher by profession, Fredrick has a Bachelor of Science with Education (BScED) from the Open University of Tanzania. She has been working as a teacher since 2011-2020, and she serves as a peace ambassador. Fredrick has also participated in the Pan-African essay writing competition under the theme “Extractive Industries, Gender, and Inequality in Africa.” She has participated in several conferences including AACC’s meeting on youth engagement on gender justice and sexual reproductive health and on the African Union’s “Silencing the Guns in Africa by 2020” initiative.