I am thrilled to say I have gotten the opportunity to sing on the main stage at the last 5 ELCA Youth Gatherings (#oldlady). My favorite memory of any gathering happened in 2012 in New Orleans. I was thrilled when I found out that they were going to use my song “Make a Difference” as a gathering theme song. I had never really written a song to sing along to, and I was so happy. Then they asked me to rewrite the verses to “Hallelujah” by Leonard Cohen. I was completely intimidated by the thought, but I figured I would give it a try early enough that if the team didn’t like it, they would have time to chose someone else. 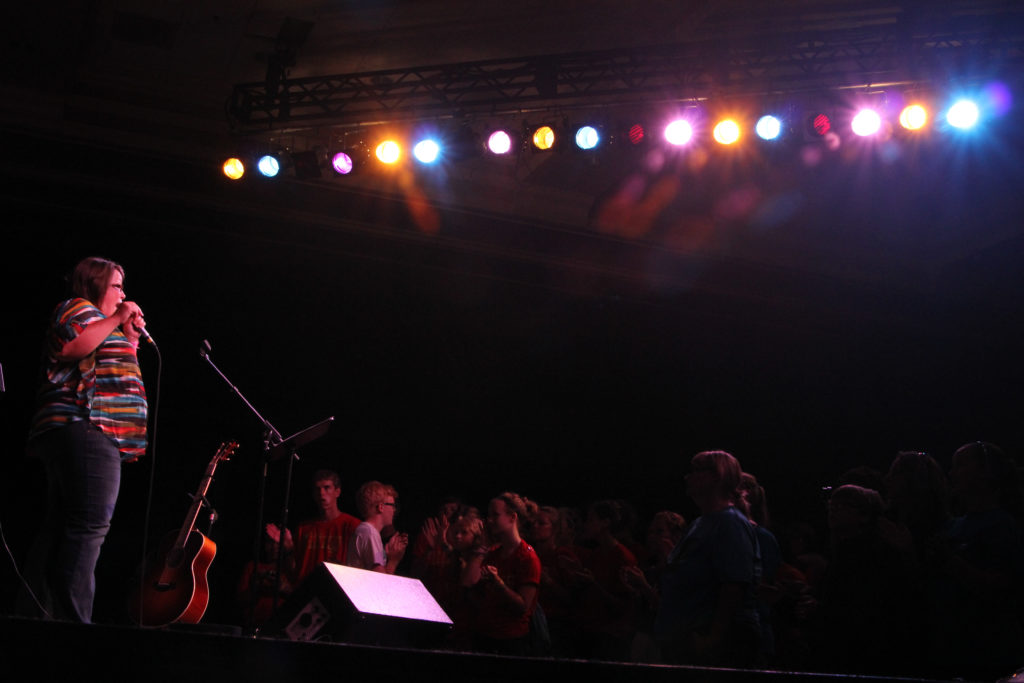 I was ruminating on the theme of the Gathering while rocking my daughter to sleep and thought about the fact that every parent wants their children to have a good life, be safe and secure. No matter what “group” you are in, we want good things for our children…when children are tucked in at night, parents dream of peace and light, of love, hope, freedom, and a future.

I put her to bed, went downstairs, and listened to the song on repeat, writing almost all the verses in a matter of an hour. I am convinced that I was assisted in writing by the Holy Spirit. The next morning I wrote the final verse at breakfast. In the end, I only changed a couple words and half a phrase I didn’t care for.

Fast forward to 35,000 people in the Superdome. As soon as I sang the first chorus, everyone joined me in singing. As the song went on, the singing was glorious; as the balloons, ballet dancers, and mass choir entered, it became more and more heavenly and majestic. I believe the Spirit of God is always present, but there are moments in our lives where heaven meets earth, and the feeling of God’s presence is palpable. I tried not to cry with everyone else as I sang and thought about my son (who I was a month from having) and about myself as a little girl, just hoping someone would notice me, thinking I would never be one of the cool kids.

All the times in junior and senior high school that I dreamed of singing for people and all the beautiful doors God has opened for me since then. I never ever dreamed in my most hopeful imaginings that I would ever write music or play an instrument or sing songs with thousands of people. The Gathering to me is a faith gathering where young people get to renew their faith, sing together, play together, and I am certain there are people at each Gathering that will, in the future, lead it in ways they could never dare to dream they will!

Rachel Kurtz is a singer, songwriter, and speaker.

We are family | Meet Donna