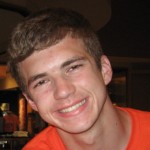 “Hello everyone, this is THE Patrick Allen interviewed for this blog, and I have some more thoughts on our service project.

“I came into this gathering with high expectations of our work because I knew that there was so much more yet to be done in the city.

“For the last two summers, our high school youth have gone down to New Orleans to work on the homes of those who had been affected by Hurricane Katrina. We’ve also been doing similar work in Petersburg, Va., for as long as I can remember.

“I feel my expectations however high and lofty, were, well… to be expected. There are still those in N.O. who live in inadequate spaces like damaged and compromised houses and FEMA trailers.

“When I learned of what we had been assigned to do, I didn’t want to believe it, and when the work began, I was dreading every minute of it. There was a lot of disappointment and frustration from not just myself, but many of my peers, who also had the same amount of service experience as I did; on the other hand, I allowed it to dig in deep and nearly ruin my entire day.

“I wasn’t thinking straight until we got back to the hotel, when I began considering what each adult around me had been saying about our project. Now, I DO understand the importance of this type of mission work, and how it can positively affect those who live with the results everyday, ESPECIALLY so for the citizens of New Orleans.

“Also, I felt pretty selfish after processing it all; why should I have the more immediately fulfilling and gratifying type of work that I am used to? As far as volunteer work is concerned, I think I’ve been a little spoiled over the years, but extremely fortunate at the same time.

“This one day of service opened my eyes to the many different ways of how I can be expected to perform God’s work in our world, and that alone would’ve been enough to make my gathering experience. Because in the end, it’s His plan, not mine. God Bless.

“You have been God’s hands” | Doing God’s dirty work