The Central African Republic: What about the future?

Deborah and Joe Troester are ELCA missionaries in the Central African Republic. Due to the current political situation in that country, they have temporarily relocated to Ngaoundéré, Cameroon. To support the Troesters, or another of the ELCA’s over 200 missionaries in the global church, go to www.ELCA.org/missionarysponsorship. 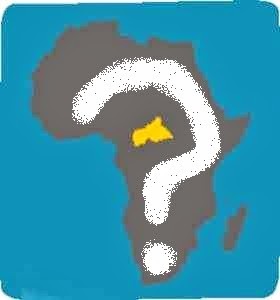 Because of fear and the insecurity, people have fled to their home villages and often stay in their fields at night, instead of in their houses. Fuel is difficult to find. The banks are closed, so money cannot be transferred into the country and salaries cannot be paid. Without much of a functioning government, there are bandits on the road, just like in the Old West. Consequently travel is both difficult and dangerous.

Still the Evangelical Lutheran Church of the Central African Republic continues to work. Students and professors of the Bible school and seminary are continuing classes. The Catholic girls school at Maigaro, where the ELCA sponsors over a dozen scholarships, has moved into Bouar for security; their classes are continuing at a youth center there. Some of the Lutheran village schools  are in operation but without transportation, no one can actually check on them. The health programs continue, but people have great difficulty getting to the clinics. Other projects, such as the Water Management Project, that rely more on fuel for transportation, are having difficulty accomplishing some of their objectives.

Next Post: Reny amin ‘ny Batisa — Mother of the baptism »