Life in Japan after the earthquake

Jim and Carol Sack are ELCA missionaries in Tokyo, Japan. To support the Sacks, or another of the ELCA’s nearly 250 missionaries, go to www.elca.org/missionarysponsorship. 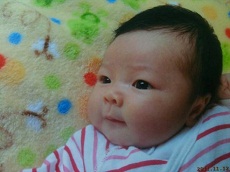 We are doing pretty well these days in Tokyo, though with the contrasting reports of the nuclear situation we do live with unseen and unknown anxieties. We can’t help being a bit concerned about what it means to have Jon’s wife, Miho, 10 weeks pregnant when the earthquake/tsunami/nuclear disaster took place, and also what it means to have a wee little one come into life in this city at this time. Please see the picture of our new granddaughter, Kaya Evelyn, who was born on Oct.  21.

We hear conflicting reports about Tokyo’s safety. And we can’t fathom what it all means for tens of thousands displaced from their entire existences up north. However, on the surface things seem to be pretty much back to “business as usual.”

We do keep in mind the fact that the earthen plates under our feet have shifted in epic proportions. So the thought of the possibility of a big quake in Tokyo is never too far from our minds.

We went up to Sendai again in August, and we were surprised at how much had been cleaned up since we were there in April. There are still mountains of mangled things like cars, but at least much of the debris had been put into piles. Before, it had been scattered over miles of land. We were actually amazed at how much had been accomplished.

Needless to say, the scars in the hearts cannot be so clearly put into piles and cleaned up. Lost memories, lost communities, lost jobs, lost meaning, lost hopes and lost family members may take years or lifetimes — and indeed may never be restored. Only through loving care can the losses even hope to be transformed into new depth of purpose. We cannot lose faith that this is possible even in the seemingly worst of scenarios. That is the power of the Cross.  March 11 was one of the worst scenarios anyone could imagine.  But we choose to hold onto blessing!

May the grace of Christ accompany you each day this Advent.