Here are excerpts from a message recently delivered by Jessie Obrecht, an incoming participant in the ELCA’s Young Adults in Global Mission (YAGM) program. She will be spending a year in Malaysia under the guidance of the Rev. Peter Harrits, a regional YAGM coordinator. The YAGM program relies on the coordinators who facilitate the young adults’ ministry and provide mentoring and spiritual guidance. To support a YAGM coordinator, go to www.elca.org/missionarysponsorship. 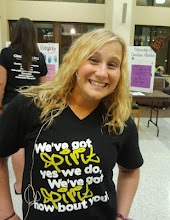 … At the beginning of my senior year (at Concordia College in Moorhead, Minn.,) I applied for a program called Young Adults in Global Mission, which is a program for youth to go abroad for 12 months and serve as a missionary in one of nine countries … .

After submitting my application, my response to people asking “Why do you want to do this?” was: “I want to get out of my comfort zone.  I want to experience something completely different … .”

… (But) about a week and a half after (being accepted) I realized that as exciting as all my new adventures and achievements were, that I was deeply rooted in the community of Moorhead and Concordia College ,,, . Here I was having to step outside of my comfort zone, outside of the family and community I had known for four years, and I was fighting it like a stubborn mule!

I won’t tell you that after this revelation of being challenged and stretched that leaving Concordia was all rainbows and bunnies. I won’t tell you it was fun or happy. … I shed more tears within those weeks than ever before.

But I also learned a ton from this experience. …

In a movie I watched a few weeks ago, “We Bought a Zoo,” one of the characters, Benjamin Mee, says, “You know, sometimes all you need is 20 seconds of insane courage. Just literally 20 seconds of just embarrassing bravery. And I promise you, something great will come of it.” Now, in my words, what Benjamin Mee is saying is that every once in a while we just have to take one big ole leap of faith in life. We’ve gotta throw it all up, leave it to God, and just jump! …

For me, my leap of faith is Malaysia, and I would be lying if I told you I wasn’t absolutely terrified to hop on that plane in three months. But sometimes in life, we have to take that leap of faith, to embrace the unknown, and to risk, because in the end, we’ve got the greatest safety net of them all in God. So why not take this crazy, beautiful life, and live it to glorify God’s name in any and every way we can?

To read Jessie’s complete message, go to her blog.