Laura Fentress is an ELCA missionary in Japan teaching English as a second language. Here is an excerpt from a recent entry in her blog, “30 months in Japan,” in which she discusses her work and the church in Japan. 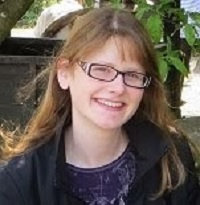 Despite over 450 years of contact with Christianity, Japan is less than 1 percent Christian. For whatever reason, Christianity hasn’t really stuck. … The modern Japanese church is small but determined, though — and quite close-knit. (When your numbers are so few, you can’t really afford major schisms.)

I work for the Japan Evangelical Lutheran Church, one of the two major Lutheran denominations here. The Japan Evangelical Lutheran Church has 22,000 baptized members spread across 238 churches around the country. The typical church is quite small, and its members skew toward the older end of the age spectrum, a result of the Japanese church’s small revival immediately following World War II. …

There are five [Lutheran] churches in Kumamoto City, and four are currently served by J-3s. I am assigned to Kuwamizu Lutheran Church, founded in 1932. It’s a small church, but very active. Kuwamizu is also connected to The Colony of Love and Mercy, the first welfare organization in Kumamoto. Founded in 1919 by American Lutheran missionary Maud Powlas, it has several homes for orphaned and abused babies and children, developmentally disabled adults, and the elderly, as well as a kindergarten.

Most of my work is based in the church itself. I attend morning worship every Sunday and once a month hold an English Bible study after the service. I also help out with Sunday school in the mornings, where the teachers sometimes have the kids practice their English with me. (The most common questions are “How old are you?”; “How tall are you?” and “Do you have a boyfriend?” I find all three very amusing, and always answer honestly, except the third one. “It’s a secret,” I always tell them.)

Japanese Lutheran church services are pretty much the same as “old-school Lutheran services in America,” [I’m told.] We follow the same order of worship every Sunday with the same “Gloria,” “Kyrie,” “Agnus Dei” and “Nunc Dimittis” refrains. Oh, and we always sing a few verses of Psalm 51 as the plate gets passed. I’ve also yet to encounter a Lutheran church without a pipe organ here. We sing hymns out of a churchwide hymnal made up of old-school European and American hymns (translated into Japanese) mixed with some Japanese compositions. (Praise bands and worship teams haven’t really caught on in Japanese Lutheranism, though the pastor of Tokyo Lutheran himself heads up a rock band.) …

One other important church event in town I’m involved with: the International English Service, every Sunday at 6 p.m. at Kumamoto Lutheran Church. … We minister to the Christian (and sometimes non-Christian) English-speaking population of Kumamoto. I occasionally lead the service (though we usually leave the sermons to a local missionary pastor), but Katie and I also run a children’s program before the service twice a month. It’s a good way to get to know some of the missionary and English-speaking kids in town. They’re a lot of fun. (And surprisingly good at Twister.)

It truly is a joy to serve the Japanese church, though much of the time I feel like I’m receiving much more than I’m giving. (The hospitality of church members here continues to floor me.) Please pray for this small but dedicated group of brothers and sisters in Christ as they live out the gospel in an increasingly secular society.