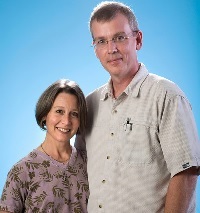 So 5:30 this morning I got a call from one of my colleagues, Rev. Mulbah. His 7-year-old grand-niece died of malaria last night and he was asking if I could take the body out to his hometown for the funeral and burial.

Her name was Kiema. Her tiny body was wrapped in a lappa with her bare feet hanging out. The dirt road to Gbonyea is a little rough and I couldn’t help but feel bad that Kiema’s body was not on a cushion of some sort. I kept reminding myself not to panic every time we hit a bump, “It doesn’t matter; she’s already dead.”

We stopped and put a palm branch in the windshield so people would know what we were doing. You wouldn’t think people would notice such a thing but everybody does. Instead of shouts of “White man!!” or “Chinese man!!” all we got was solemn stares as we quietly slipped by.

Kiema’s mother was with us and was completely silent until we got about a half mile from Gbonyea. That’s when she started crying. By the time we stopped at Rev. Mulbah’s house we were surrounded by hundreds of wailing friends and family. Knees were buckling, Faces were contorted. There was no holding back. Everybody cried, absolutely everybody.

4 Responses to 'A malaria death'