How is punishment decided in your household?  Does the punishment fit the crime?

The Weakness of God 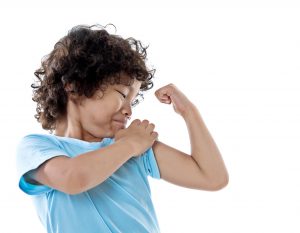 After the 2018 Olympics ended with the Closing Ceremony, one country was given a reason to celebrate.  On February 28th, the International Olympic Committee ( IOC), reinstated Russia as a country permitted to compete in Olympic competition.  In the 2018 Winter Games, Russia had been prohibited from competition due to a doping scandal uncovered after the last Olympic Games.  It came to light that widespread doping was promoted by coaches and officials in the Russian Olympic organization.  As a result, no athletes were permitted to represent Russia or show the Russian flag or colors during the 2018 Winter Olympics.

On the day that Russia was reinstated, the Russian Olympic Committee breathed a sigh of relief.  ROC president Alexander Zhukov called the period of the ban one of the “most challenging ones in Russian sports history” and congratulated Russian athletes and fans for Russia’s return as a “full-fledged member of the Olympic family.”

The 2018 Olympics were not without some drama from Russian athletes, however.  Two Russian athletes (competing independently from Russia) tested positive for banned substances.  One of the two was even forced to return a bronze medal due to the doping.  The IOC, however, ruled that these two doping incidents were done by the individuals on their own.  The Russian Olympic Committee was considered innocent.

Not everyone was happy with this decision.  US lawyer Jim Walden complained that the IOC was “[treating] Russia and its glaring acts of aggression with cowardice and appeasement.”  Furthermore, Walden predicted that the IOC’s reinstatement of Russia would cause Russia to resort to doping again.  As Walden claimed, “Weakness in the face of evil results in no good outcomes.”

Today’s Gospel reading sets us up for Good Friday.  We know that as Lent progresses we grow closer and closer to the day on which we remember Jesus’ death.  In today’s reading, Jesus foreshadows his death on the cross.  Jesus knows that the time ahead will be hard.  He alludes to his death in verse 24, and then admits his own inner turmoil in verse 27.  “My soul is troubled,” Jesus says, before he resolves to stand strong, for “it is for this reason that I have come to this hour.”

How could God be weak?  The answer comes when we consider all of the power that God (and Jesus) has.  Jesus was not intrinsically powerless to prevent his arrest and crucifixion.  As we know well from Jesus’ many miracles, he had power from God that he surely could have used to escape this fate.  However, Jesus actively chose to be powerless in the situation.  He allowed himself to be taken and killed.  Jesus submitted, and chose to be weak.

It cannot be true, then, that “weakness in the face of evil results in no good outcomes”.  Jesus embraced weakness as the method by which he defeated evil once and for all.  Weakness isn’t worthlessness; it is the way in which you and I are saved!

Caputo pointed this out in his theological works.  “The powerless power of the kingdom prevails whenever the one is preferred to the ninety-nine,” Caputo passionately writes, “whenever one loves one’s enemies and hates one’s father and mother while the world, which believes in power, counsels us to fend off our enemies and keep the circle of kin and kind, of family and friends, fortified and tightly drawn.”

In the coming weeks, as we see Jesus’ inexorable march to the cross and his death on Good Friday, we do well to remember that Christians celebrate weakness – and that, indeed, we are saved by it.

Create a poster advertisement for a gym.  Instead of promoting physical strength, however, try to promote the sort of weakness that we have discussed today.  What sort of “activities” would go on in a facility that promoted this sort of weakness?

Heavenly Father, as we proceed through this Lenten season, we continue to humble ourselves as we strive to follow the footsteps of Jesus.  Teach us, God, to be weak, so that we may stand with those who are marginalized in our world.  Help us to learn every day to value the real strength that comes from walking with Jesus.  In His name we pray, Amen.