Stay in Your Lane

There are many viewpoints on the topic of gun safety in the United States. The arguments continue to rage about who-is-at-fault when violence occurs, about whether there is an appropriate legislative response to help limit future shootings, and about whether any government health agencies should study gun violence in America. 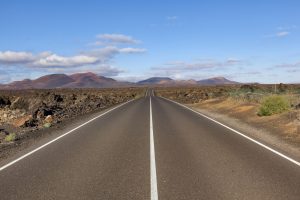 On November 7, the National Rifle Association (NRA) tweeted, “Someone should tell self-important anti-gun doctors to stay in their lane. Half of the articles in Annals of Internal Medicine are pushing for gun control. Most upsetting, however, the medical community seems to have consulted NO ONE but themselves.” (www.cbsnews.com/news/stay-in-your-lane-doctors-fire-back-at-the-nra-guns/) The NRA’s tweet implies that doctors should stick to being doctors and not wade into discussions of gun control. Of course many doctors publicly disagreed, especially those who have had to care for victims of shootings. These doctors have often used the hashtag #ThisIsOurLane in their comments to claim that they certainly have a place in this conversation. At the time of this writing, the debate has heated up even more due to the shooting at Mercy Hospital in Chicago that left four people dead: a doctor, a pharmacy resident, a police officer, and the shooter.

Clearly, there is vehement disagreement. Yet this recent debate on social media is not even about the issues of our nation’s gun violence; it is about who is allowed to even weigh in on the matter.

The gospel lesson today begins with a roll call of important figures: Roman rulers (the emperor and several regional officials) and two high priests (only one could be high priest at a time, so this is likely an indication that both held some power that was sanctioned by Rome). This list is a who’s-who of all the major players that had power over the Judean region. Yet their power came to them through the Roman occupation of the land, not because the Judean people wanted them. If anything of importance happened in Judea, it happened through these men.

During the time of these rulers “the word of God came to John son of Zechariah in the wilderness.” In other words, God is up to something of great importance through an unknown prophet named John in the wilderness, not through the rulers on their thrones. This introduction of John displays him as a prophetic figure who ushers in this new redemptive work of God. This work gives priority to the dispossessed and poor (see Mary’s Magnificat, Luke 1:46-55) and is available for all flesh to see the salvation of God (3:6).

To lift up the lowly and to bring down the powerful from their thrones (1:52) is inherently a political act, not just a sentimental statement that Mary makes. To prepare the way of the true Lord is inherently a political act (3:4) against those occupiers who were known to demand this special treatment upon entering communities; it is not just a sentimental statement that John makes. God is ushering in a value system that will impact how people will conduct their day-to-day lives. People’s highest loyalty will no longer be to those who rule over them, but to the God who came to serve them. This will have ramifications across societies. If the rulers named at the start of chapter 3 knew what God was up to, they would have demanded of God, “Stay in your lane! You handle the heavenly stuff, and we will handle the earthly stuff!”

The truth is that our God is not one who will be relegated to the heavens. Our God audaciously enters this creation, lifts up the lowly, unseats rulers, and offers a new reign for all people. As the one called to announce all that, John becomes the prophetic voice crying out in the wilderness, “This IS God’s lane!”

This is a fun game that involves two lanes of people. The more people you have, the more interesting this game is. Divide into two evenly numbered teams that form parallel lines (standing or sitting), and have the members of each team hold hands. At one end of the two lines will be a coin to toss or spin (if you have an odd number of people, designate one individual to do the coin toss). At the other end will sit an object between the two final people; they should be able to easily grasp the object (it could be anything, but let’s say it’s a tennis ball).

Except for each team’s person who is closest to the coin toss, everyone else should face the tennis ball. No one should talk. Flip the coin (or spin it). If it lands on heads, you do nothing and you flip the coin again. If it lands on tails, the individuals watching the coin will squeeze the hand of the next person on their team. This squeeze is passed to the other end of the line, and the final person there tries to grab the tennis ball before the other team does (gaining one point). If there is a false grab, then that team loses a point. Rotate positions within each team to keep the game lively.

Servant God, you came to us to lift up the poor and to offer salvation to all people. Help us to be thankful that you care for us all and that you seek to extend your reign to us and through us. In the name of Christ we pray. Amen.