A Time for Reflection by Marcus Kunz

A Reflection on Reading The Cross and the Lynching Tree

I am a preacher. Like so many others I have been long convinced that Christ crucified is at the heart of authentic Christian preaching. So, when I first learned of The Cross and the Lynching Tree by James Cone, I was interested. I remembered the ominous words I had heard in graduate school about Cone’s “radical” critique of traditional Christian teaching (or rather, as I have since learned, what it was thought to be from a certain privileged perspective). Nonetheless I still thought I would learn something new about Christ crucified from a perspective that is not my own. So, I put it on my mental list of books to read … where it remained for several years.

Ironically what revived my intention last spring was news of death. A new memorial and museum of lynching and its legacy in the United States — the National Memorial for Peace and Justice — opened in Montgomery, Alabama. And then, just days later, I saw a report of Cone’s death.

Cone wrote that his book was a continuation of his earlier writing, all of it “motivated by a central question: how to reconcile the gospel message of liberation with the reality of black oppression.”  I’m not qualified to judge whether he was successful in that effort, and I don’t know that I gained the kind of insight into Christ’s crucifixion that I anticipated.

As is often the case, something else happened.  As I read, I began to realize how little I knew about lynching beyond what I had allowed myself to acknowledge — the bare facts of its existence and its brutality. I began to learn about the circumstances of actual lynchings, the real people killed, and the real people who protested at the risk of being lynched themselves. I learned about the horrific lynching of Henry Smith in Paris, Texas, and the courageous public advocacy of Ida Wells. When I discovered the county-by-county data about lynchings in the United States collected by the Equal Justice Initiative, I investigated what had happened in the counties where I grew up, starting with Anderson County, Texas, where I was born.

And then I learned about the Slocum Massacre. It was an appalling event. Over the course of two days in July, 1910, mobs of white people in Anderson County hunted and killed African-Americans. Newspapers initially reported 8 to 22 African-American victims, but later investigations discovered numerous bodies in swamps and other remote areas of the county. Estimates range up to 200 victims, all of them African-American. As happened later in Tulsa, Oklahoma, and Rosewood, Florida, a thriving community of small businesses was destroyed and hundreds of African Americans who survived fled the area, abandoning their property and businesses, which were then claimed by white people.

Learning about the Slocum Massacre helped me to realize the result of the way I held the knowledge I had of these and far too many similar incidents of violence against African Americans in the United States. I thought of them as isolated incidents, horrific and inexplicable in their horror except as outbreaks of demonic evil. How can such inexplicable outbreaks be anticipated and prevented?

But I already knew that in Jesus’ day crucifixion was not inexplicable. Far from it. It had a very deliberate purpose. Occasionally I hear that if Jesus had been executed in our day, the symbol of our faith would be an electric chair or syringe, not a cross, and I know there are racial inequities in the administration of capital punishment in the United States. But the public spectacle, the false pretense of avenging some fabricated wrong, the obscenely brutal torture, and the deliberate humiliation of a targeted victim as a way of intimidating and keeping an entire community in a subjugated place — what lynching did to African-Americans and other persons of color is everything that I knew crucifixion was intended to do two millennia ago.

Paying attention to the full reality of lynching, both in detail and in broad scope, helped me to begin to recognize how lynching was not so mysteriously inexplicable. And I began to recognize how it fits with other realities I was aware of but held as isolated pieces of information. I see more clearly now how lynching is part of a seamless history of violence against African Americans in the United States that continues today. After the massive crime of slavery was outlawed, lynching was used to enforce the Jim Crow regime that kept African Americans in subjection. In turn the illegal practice of lynching was replaced by abusive practices with a thin veneer of legality but still powerfully oppressive and violent — a racially targeted “war on drugs,” the racial bias in our criminal justice system most evident in mass incarceration of persons of color, and legalized practices of predatory lending that systematically rob economically vulnerable descendants of slaves from what little wealth they have been able to accumulate. Today restrictive voting laws target the African Americans who were promised full and equal voting rights. It is all one interwoven fabric.

Two decades ago, when I was watching the last episode of “The Civil War” by Ken Burns on PBS, historian Barbara Fields caught my attention with these words: “You can say there’s no such thing as slavery anymore, we’re all citizens. But if we’re all citizens, then we have a task to do to make sure that that, too, is not a joke. If some citizens live in houses and others live on the street, the Civil War is still going on. It’s still to be fought, and regrettably, it can still be lost.”

I am a preacher, and I’ve promised to tell the truth about Jesus, who was crucified and raised from the dead. One part of the truth is that while we may think the Civil War is over, that lynching is a thing of the past, it is not. The same hateful violence that crucified Jesus is still at work among us today. The other part of the truth is that those who have been joined to Jesus Christ in his cross and resurrection have a new life of freedom and the Spirit’s power. In that life, in Jesus’ name, there is healing, reconciling, liberating, life-giving work to do in service of our neighbors, especially those who continue to experience the regime of violent hatred that crucified Jesus.

To learn more about the work of the Equal Justice Iniative, visit eji.org. 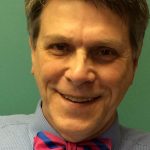 Marcus Kunz is an ELCA pastor who serves part-time with the churchwide organization as Executive for Discernment of Contextual and Theological Issues and part-time in interim ministries, currently at Grue and Peace Lutheran Churches of Ashby, Minnesota.  He lives in Fergus Falls, Minnesota, with his spouse, Pastor Martha Halls.  They are the parents of two adult sons