Two important anniversary dates occurred last week. On June 19th there was the observance of Juneteenth, the date on which African descent slaves in Texas received the good news that they had been set free from their bondage. Two days earlier marked the fourth anniversary of the slaying of nine African descent Christians at a Bible Study in their church in Charleston, South Carolina, by a young man hoping to start a race war. On both of those dates last week, there was a nationwide showing of the documentary “Emanuel.”  Director Brian Ivie is a Christian filmmaker interested in stories about the impact that the Christian witness can have on those outside of the church. The spontaneous expressions of forgiveness from some of the surviving family members in that tragedy were certainly compelling and made headlines around the world. And that witness had the effect of lessening the racial tension in the days that followed in the city of Charleston–which one of the film’s commentators described as “Confederate Disneyland,” for its glorification of its antebellum past.

The challenge for me in commentating on this documentary is that we white people have a tendency to make everything about us. Part of our privilege is assuming that everything is about us, after all. Indeed, in the aftermath of the shooting, we white Lutherans in South Carolina kept mentioning how two of the clergymen that had been shot in that church had graduated from our Lutheran seminary in Columbia. Somehow that seemed to ease how distressing it was to learn that the shooter came from a family that was active in one of our Lutheran churches. It fit into our theology that even our community is connected to both saint and sinner.

I was one of only a handful of white persons in a theater filled with people of color at the showing of the documentary that I attended. And I felt somewhat of a voyeur watching the intense expressions of grief by the sons and daughters and spouses and mothers of the slain martyrs. But my presence was graciously acknowledged by this community of color, just as the shooter had been welcomed into the Bible study on the night of his crime.

The theme that Ivie focused on in his film was the radical forgiveness expressed following the event. That’s what made the headlines and the impact on those outside of the church. As the Director explored it in depth, he revealed that forgiveness was not something glib. We heard from family members that were still struggling with coming to that place of forgiveness. Those who had so vividly expressed their forgiveness said that forgiveness did not matter if the young man showed remorse or not, or came to the full realization of the pain he had caused. And that was when I realized that I, too, have been the recipient of much forgiveness and grace from people of color, even as I have been unaware of the cost to them. Yes, I am a progressive white clergyman who has engaged in the battle for racial justice. And yet, I am too tempted when I become war weary, I have the privilege to disengage and take a break from it. As he sat in a Birmingham jail cell, the Rev. Dr. Martin Luther King, Jr. wrote a letter calling out the progressive white clergymen of the city for wanting to work for change more slowly and cautiously. His frustration was that progressives who want to do just enough to make themselves feel good that they are not like our more visibly racist neighbors can be an even greater stumbling block than hardcore white supremacists.

The most impactful part of the documentary for me was the contrast shown by the news footage of the arrest of the perpetrator. As one of the police officers approached the getaway car, he put his gun back in his holster, in stark contrast to the plentiful news reports we’ve heard about the way people of color are approached when stopped. Indeed, just prior to this church shooting in Charleston, a black man had been gunned down by a police officer in the same community. As one of the voices in the documentary expressed it, we’ve seen too many images of black bodies lying in the street “like road kill.” It is that contrast between the way people are treated by the color of their skin that we white people have long been oblivious to.

When I participated in my first racial reconciliation training, I remembered hearing one of the black participants describe how, in the grocery store, the clerks would place change directly in the hands of white customers, but when it came her turn, the clerk placed the change on the counter for her to pick up, rather than risking skin to skin contact. I had simply never noticed that before. Soon after participating in that event, I attended a movie theater. The perky young white ticket taker greeted me very warmly as she handed me the torn stub. But her tone and demeanor changed remarkably when she disdainfully tore the ticket of the black woman who came in after me. I would not have noticed that before the training, despite how stark the contrast was. For our obliviousness to that distinction in treatment, we white people are in need of forgiveness. For our cowardice in not saying anything when we do observe it, we are in need of forgiveness. Just as Christ died for us while we were still sinners, people of color have been patient and forgiving of us. And just as with Christ, that witness has come at a great cost. The documentary “Emanuel” shows that forgiveness does not come without great pain and suffering.

When I try to discuss these thoughts with my white peers, I am often accused of wallowing in “white guilt.” “I don’t want to be made to feel guilty for being white,” they say. It is part of the backlash that swept the current administration into power. But it is not about being made guilty about the past. Even discussions about reparations are not meant to be punishment for previous bad behavior on the part of our white ancestors, but are an effort to restore balance in opportunity. We have the chance to reboot the way we interact with one another in the present. We can wake up and be grateful for the patience and forgiveness from those who have been wronged. And we can learn from the witness to extend grace and forgiveness as well, rather than responding with defensiveness. I confess that I am still tempted to be intermittent in my work for this goal. Confession is a start.

Mark Cerniglia is a retired Lutheran Pastor with 37 years of ordained ministry. He currently lives in Columbia, SC, with his racially mixed family of three generations, and serves as an Interim Pastor. He is on the board of the European Descent Lutheran Association for Racial Justice (EDLARJ) and chairs the Immigration Task Force for the South Carolina Synod. 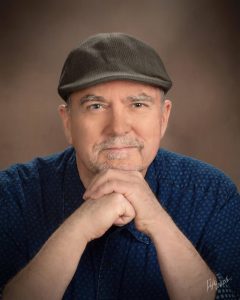