People often wonder if all their ecumenical and interreligious efforts are worth it. I want to tell you why I think you have done good work.

In 2013 I gave a presentation for the North American Academy of Ecumenists,[1] describing the then-current relationship of Christian Science with the ecumenical movement as a butterfly perched on the fingers of an outreached human hand. In many ways, I said, Christian Science had emerged from a long spell in a cocoon and found a welcoming hand. We were beginning to appreciate a delicate relationship with a much bigger world. Both the hands of experienced ecumenists and the tentative steps of a relatively inexperienced community of Christian Scientists were ready for the mutual benefits of ecumenical engagement.

My first discovery was that real ecumenists cared more about my Christian sincerity than the degree of rightness I held in relation to their own beliefs. These were people I could trust. That is, I could speak honestly without having to brace myself for a verbal confrontation. They were more interested in nurturing a mutual learning relationship than a holier-than-thou relationship.

I’ve often thought of Konrad Raiser (former General Secretary of the World Council of Churches)’s diagnosis of church division among Christian communities: it’s a symptom of broken fellowship, not theology.[2] And, as Raiser continued, broken fellowship and communion “was then confirmed by the fact that you no longer had the language to communicate with one another.”

In the intervening years since my discussion of the delicate butterfly supported by the outreached hand of caring ecumenists, I’ve felt the embrace of sincere fellowship from many directions among Christians. Many from other faith traditions are also participating in this sincere expansion of fellowship. I’ve also heard numerous times from scholars of religion that the history of Christian Science is still obscure and difficult to track down, even for those who want to learn it.

So, to do our part, I found some outstanding colleagues willing to create with me an annotated bibliography on Christian Science. The timing was just right, and this 400-page bibliography is now hot off the press in time to celebrate the bicentennial of Christian Science founder, Mary Baker Eddy, born July 16, 1821.

Now, with book in hand, we’re in a position to invite you to participate in this bicentennial celebration by learning just a little more about Mary Baker Eddy and the Church that constitutes her legacy. The new bibliography does include numerous biographies about Eddy, but what is new are the categories of topics that have emerged in the ensuing history since Eddy’s passing. Some of these categories include Feminist Perspectives; Christian Science After 1910 (the year of Eddy’s passing); Focus on Healing; Social and Cultural Studies; and even Polemical Literature. Most of the 400 annotations are each about 200 words, explaining the key points of the most significant books and articles published on these topics. Our proofreaders have found it fascinating reading!

For more information, or to purchase the book, click on the following link An Annotated Bibliography of Academic and Other Literature on Christian Science, or email ScholarsOnCs@gmail.com. The authors of this book—Helen Mathis, Linda Bargmann, and I—thank you for being the trustworthy friends who inspired our efforts to produce this book as a contribution to the great ecumenical and interreligious conversation you’ve supported for so many years.

[1] Shirley Paulson, “The Emerging Face of Being One: Discerning the Ecumenical Community from the Christian Science Church,” Journal of Ecumenical Studies. Vol. 49, No. 2, 2014, 285–94. 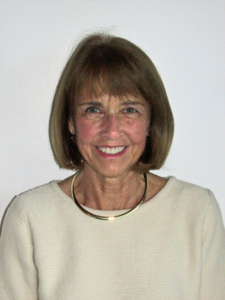 Shirley Paulson, PhD., Founder and Principal Producer of Early Christian Texts: The Bible and Beyond