A Step Along the Journey from Conflict to Communion

On June 24-25, 2021, a delegation of the Lutheran World Federation (LWF) visited the Vatican as part of the journey from conflict to communion, that began over 50 years ago. Of course, the journey has moved forward considerably since the signing of the Joint Declaration on the Doctrine of Justification and the publication of the important study on the Reformation, Martin Luther, and Lutheran-Catholic relations, From Conflict to Communion. These documents made possible the Joint Commemoration of the 500 years of the Reformation held in the Lund Cathedral and the Malmö Stadium in 2016 with His Holiness Pope Francis joining Lutheran leaders in the Common Prayer. In that liturgy, together we gave thanks, we confessed, we prayed and committed ourselves to unity, acknowledging each other as branches of the true vine.

The Joint Commemoration also set a tone for successive commemorations, both big and small. Over the next decade, there will be many significant milestones to be remembered including more difficult memories such as this year, 2021, the 500th anniversary of the excommunication of Martin Luther. All of these anniversaries will culminate in the 500th Anniversary of the Augsburg Confession in 2030.

The visit of the LWF delegation in Rome launched the next stage of the journey, looking ahead to the 500th Anniversary of the Augsburg Confession. During the trip, the delegation had conversations with the Pontifical Council for Promoting Christian Unity (PCPCU), consolidated and strengthened an agreement between Caritas Internationalis, the global confederation of Catholic aid and development agencies, and the LWF World Service, as well as meeting with Pope Francis in a private audience on the anniversary of the Augsburg Confession, 25 June.

In that private audience, the Lutheran World Federation President Archbishop Dr. Panti Filibus Musa spoke about the journey from conflict to communion as “irreversible.” We look ahead to the commemoration of the Augsburg Confession in the “hope that we will reconnect with its original ecumenical intention.” The LWF President also presented Pope Francis with the gift of a chalice and paten, crafted for the occasion by the brothers of the ecumenical Community of Taizé. The glaze for the Eucharistic vessels was made with sand taken from the refugee camp in Za’atari, Jordan, where LWF has been working since 2012 to support Syrian refugees, internally displaced people and host communities. This gift, President Musa told the pope, “represents our calling to be one.”

Pope Francis expressed his hope in the ecumenical journey and lifted up the Augsburg Confession as initially a document of “intra-Catholic reconciliation” before it took “on the character of a Lutheran confessional text.” He reminded all those committed to the ecumenical movement that “ecumenism is not an exercise of ecclesial diplomacy but a journey of grace.  It depends not on human negotiations and agreements, but on the grace of God, which purifies memories and hearts, overcomes attitudes of inflexibility and directs towards renewed communion: not towards reductive agreements or forms of irenic syncretism, but towards a reconciled unity amid differences.” And, citing the Rule of Taizé, Pope Francis called for a passionate engagement in this journey from conflict to communion. “Make the unity of the body of Christ your passionate concern.”

Another significant event of this trip happened between Caritas Internationalis and the LWF World Service. The “Common Vision,” jointly presented by World Service director, Maria Immonen, and Caritas Secretary General, Aloysius John, affirms that the two organizations “stand together for the sake of the neighbor – a call which is rooted in faith.” This “Common Vision” expands the agreement reached in the Declaration of Intent, signed between the two organizations in Malmö, Sweden (2016) as part of the Joint Commemoration of the Reformation. By strengthening their humanitarian work for justice, peace and dignity for all people, the commitment of World Service and Caritas also serves as a “catalyst that can shape our doctrinal dialogues.” In listening and acting together in many local contexts, with the involvement and support of local churches, pastoral ecumenism can help shape ecumenical dialogue, listening attentively to the intuition of God’s people to be one.

In the conversation with the PCPCU, both sides re-affirmed their commitment to the journey, even if sometimes it may take unexpected turns. For example, this year marks the 500th anniversary of the excommunication of Martin Luther. A study group was formed to explore the complexity of this historical moment. Their work continues but was hampered by COVID-19. The results of their research will contribute to a statement on the matter to be presented, not in this year, but in 2023 at the Thirteenth General Assembly of the LWF in Krakow, Poland. Other study groups will be established to research and explore significant upcoming anniversaries (Nicea 2025, the Large and Small Catechisms 2028-2029) leading up to the commemoration of the Augsburg Confession, highlighting its ecumenical potential.

In the meeting with the PCPCU and in a subsequent lecture on synodality at the Pontifical University of St. Thomas Aquinas (Angelicum), General Secretary Martin Junge, spoke about challenges we meet on the journey and reminded us of the central role of justification. “In our ecumenical journey, our communions have also affirmed this criterion. In the Joint Declaration on the Doctrine of Justification, we have agreed in paragraph 18 that ‘the doctrine of justification, (…) is more than just one part of Christian doctrine. It stands in an essential relation to all truths of faith, which are to be seen as internally related to each other. It is an indispensable criterion which constantly serves to orient all the teaching and practice of our churches to Christ.’ We need not look further than to this simple yet all-encompassing Gospel reality. Justification serves as this touchstone for discernment.”

On this journey from conflict to communion, Lutherans and Catholics continually seek to discern how to live into God’s action that makes us one. With prayer, service, and dialogue, may the Holy Spirit continue guiding us, so that we will gather one day at the table where God, through the gift of Christ, has made us already one. 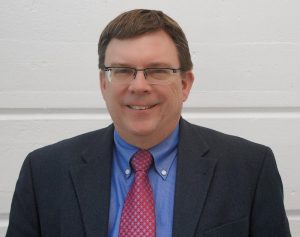