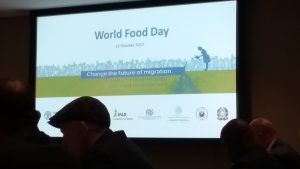 while the number of migrants as a percentage of global population remains stable at about 3%. As part of World Food Day 2017 observances, a meeting was held at the United Nations (UN) on 16 October titled “Change the Future of Migration: Invest in Food Security and Rural Development,” focusing on links between migration, food security, and rural development. Speakers included H.E. Mr. Miroslav Lajčák, President of the 72d Session of the General Assembly, and ambassadors from Mexico, Philippines, and Italy, as well as business and UN representatives. 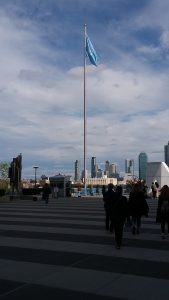 As God has created us as whole persons, we too must focus on building earthly peace that encompasses all the dimensions of society. We pray for all migrants who have been forced to leave their homes, and for all the leaders locally and internationally working towards strengthening food security and global development.