ELCA Blogs / ELCA Advocacy / The Federal Budget and migration: What you need to know right now

The Federal Budget and migration: What you need to know right now

Shortly after I moved to Washington, D.C., the government shut down due to a disagreement in Congress over healthcare funding. While most of the country didn’t see an immediate change, my friends who work for organizations across the country to provide support for refugees, unaccompanied migrant children, and trafficked people did. Immediately after the budget expired, they were told they would have to halt their work if the shutdown continued for more than a couple of weeks because their organizations would not receive payment for their work. 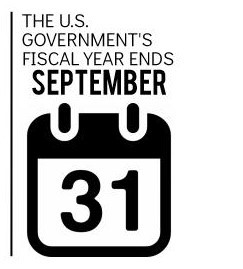 That was when I realized just how much the federal budget impacts the most vulnerable among us. Every year, the way Congress allocates money influences in programs that impact immigrant communities across the country. Since Congress has failed to update our immigration laws through stand-alone legislation, Members of Congress have the power to stand for policies that welcome vulnerable migrants and refugees through the federal budget.

For our government to function, a federal budget must be approved by Congress every fiscal year (FY). Over the last few years, Congress has been unable to pass a substantial new budget by the deadline, opting instead to pass shorter-term temporary Continuing Resolutions (CR). A CR only authorizes the federal government to operate with the same funding levels as the previous year. If more money is needed for specific purposes not already in the existing year’s budget, Congress decides whether to consider the funding increase. 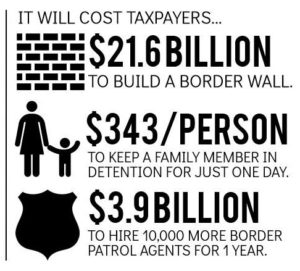 In January, President Trump signed multiple executive orders that severely limited the ability of individuals to seek asylum, increased the detention of migrants, actively separated children and families, and expanded border enforcement. These executive orders are already being implemented, but continuing to do so in the future will be prohibitively expensive and require cuts to other important domestic or international programs to pay for them.

Members of Congress now have the power ensure funds do not go toward policies that are neither practical nor honor the God given dignity in all of us. As citizens and disciples of Jesus Christ we seek the common good by holding our leaders accountable to good stewardship of public funds.

The budget process is complicated, here are some important things you should know right now:

WHAT IS GOING ON WITH THE FEDERAL BUDGET?

For FY17, Congress passed a short-term Continuing Resolution that funds the government until April 28th. This means Congress must either approve a budget to pay for the rest of this year by that deadline or pass another short-term resolution to avoid a shutdown at midnight.

HOW IS IMMIGRATION INVOLVED IN NEGOTIATIONS?

President Trump has requested an additional $3 billion this year (FY17) to build a border wall and increase detentions and deportations, which Congress is considering in their negotiations. Churches and faith-based organizations, including ELCA Advocacy, have urged Congress have stood together against approving these funds.

The White House’s wish list for next fiscal year (FY18) outlines its intention to cut funding for poverty-focused programs in the U.S. and abroad while continuing to indiscriminately increase migration enforcement. For example, it includes a 7 percent increase to the Department of Homeland Security’s budget while reducing funding for the Department of State by 28 percent. These requested changes are very concerning because the Department of State houses programs dedicated to addressing the root cause of migration. (The Washington Post put together an overview of all cuts and increases in the White House’s budget request.) People of faith across the country continue to urge Members of Congress approve a moral budget that reflects our values and advances the common good.

WHERE DOES THE ELCA STAND?

As a church called to be a serving presence in society, we serve when we “hold power accountable, advocate justice, stand with those who are poor and vulnerable, provide sanctuary, and meets human need.” (ELCA social statement: “For Peace in God’s World”) We stand firmly against inflicting harm in all communities by cutting funds for programs that serve vulnerable people or defund programs that better the conditions that force people to flee their home countries. We stand for a moral budget that reflects God’s given dignity in all of us.

Last month, Lutherans visited over 130 Congressional offices and urged them to continue investing in programs that address the factors displacing children and families, and to adequately fund the U.S.’s refugee resettlement program.

WHAT CAN I DO?

I WANT TO FIND OUT MORE:

Read the Reuters article highlighting the cost of building a wall

Stewarding God’s Creation: Science Matters | AHCA Update: What you accomplished and what’s next on health care