“Mom, are you mad at me?” my 7-year old asked, a little cautiously. The way I’d been communicating – terse sentences in a not-so-warm tone – her question was a legitimate one. And she was a brave little soul to even ask the question.

Except I wasn’t angry. And certainly not with her. 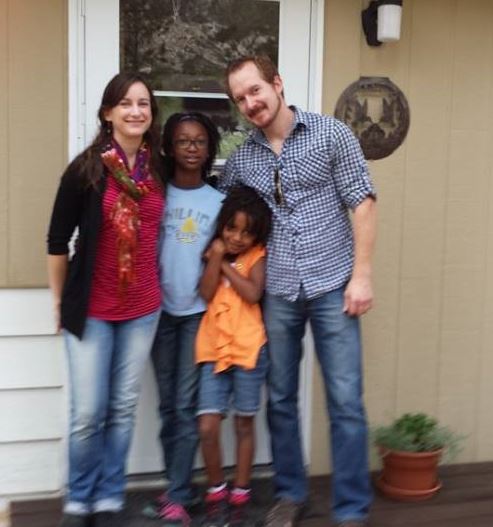 In answering, I apologized for making her feel that way and told her that I wasn’t angry, just annoyed. “At me?” she asked with worry. “No, no, love bug.” “At what, then?” she asked in an exasperated tone that reminded me a bit too much of myself.

This second question gave me more pause than the first. For the life of me, I couldn’t put my finger on the source of my general state of annoyance. And, well, that just annoyed me all the more.

Why was I so annoyed? After all, it was the weekend.  The weather was perfect and the forecast promised pleasant weather for the remainder of the weekend. I’d gotten most of the tasks I’d set out to do accomplished.

And then it occurred to me. I’d gotten my list accomplished at an expense. Both of my girls had asked me at some point over the weekend to play with them. There had been a time when I took playing with them for granted, but as they have gotten older, I’d thought I knew better than to squander those precious opportunities, as they get fewer and fewer.

I was annoyed that I had chosen to use my time in the opposite manner I had hoped I would.

When my daughter pressed me, I realized I had yet to heed the advice of the wise grandparents in our lives — who constantly remind us to slow down – to take those opportunities as they come. Even if it means a few more dust bunnies in the corners of the living room and a few more chores left undone on Sunday evening.

It occurred to me that I let the momentum of the too-busy work week get the best of the days set aside to rest, rejuvenate, reconnect. I try to make up for lost time, just not with the most important people in my life. It’s cliché, I know. But I suppose it’s cliché for a reason.

So, I went from feeling annoyed to feeling guilty. And guilt does very little in the way of making one more amicable.

I happen to be a member of a Lutheran church and it was at this point in our weekend that I reminded myself how grateful I am for my faith heritage and life. Lutherans have a thing or two to say about guilt. Mainly that guilt makes for bad company, so get over yourself and move on so that you can love and serve. Lutherans also have something to say about the fullness of the human experience. In short, Lutherans say you’re more than your profession and certainly more than a perfectly-kept house, so, again, get over yourself so that you can love and serve.

At my most frail and selfish moments, I find that my children lead me with the kind of perceptive and valuable questions I’d expect from a guru. I just hope I don’t let the frenzy of the work week and all those bothersome dust bunnies keep me from hearing and learning from them over and over again.

This blog was originally posted by the Religious Action Center of Reform Judaism​. ​

2014 UN Convention on Climate Change in Germany | Living Earth Reflections: Do We Really Need to Choose?