The Gathering’s Role in Lutheran Formation

The Gathering is an integral part of the ecology of faith formation and call narrative in the ELCA. There are those who question the value of specialized ministries such as the Gathering, especially in a time of declining church attendance and difficult budget cuts. But I am not one of them, especially after fresh research has demonstrated the importance of several crucial ministries in the ELCA. I also know the impacts first-hand.

Like so many church leaders, the Gathering featured prominently in my story. I was part of a small group from a small church that had no regular youth program. We made the trip from western Wisconsin to the 1997 ELCA Youth Gathering in New Orleans. I will never forget walking into the Superdome for the opening worship, greeted by the sights and sounds of 37,000 Lutheran youth. We can talk to young people about the size and scope of the church, but we are experiential beings, and there is simply no substitute to being there. For me, it was a confirmation of Lutheran identity. 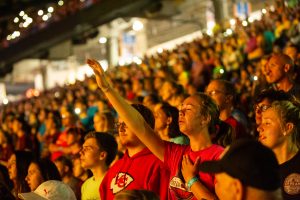 It is not like I was a new Christian. I went to Sunday school, VBS, confirmation and summer camp. But since my church had no youth program, I attended FCA and a weekly youth group at an Evangelical Free Church. I devoured the Left Behind series and learned such practical information as how Noah fit the dinosaurs on the ark. I wonder sometimes if I would have drifted progressively away from the Lutheran church if it had not been for the Gathering. As it happened, our little group injected a lot of life into the congregation. We became involved in worship leadership and soon started weekly youth group meetings, which were entirely youth-led. The youth program developed around the core of a 3-year cycle of summer trips consisting of the Gathering, a service trip, and an adventure trip with a Lutheran camp. The burgeoning program sent dozens of kids to summer camp, and at least three of us served on summer camp staff. I went on to an ELCA college and then seminary, having never read the last Left Behind book (I think Jesus wins).

My story is far from unique, and some exciting new research helps us go beyond anecdotes. The Camp and Church Leadership Project is focused mainly on the key characteristics and impacts of serving on summer camp staff. However, it became clear from the first round of interviews that serving on camp staff cannot be untangled from a host of other crucial influences. So, we asked about these influences in a survey distributed to the entire ELCA roster in the closing months of 2020. More than 3,000 pastors and deacons responded!

Four specialized ministry spaces rose to the top: Sunday school, camp, the Gathering, and campus ministry. These were highlighted as independently impactful using complex statistical analyses. It was also clear that these experiences are mutually influential. If someone was involved with one ministry, they were very likely to be involved with multiple others. Sunday school and VBS involvement correlated with more frequent camp attendance, youth group involvement, attendance at the Gathering, and so on. As an illustrative point, those who attended the Gathering were 2.3 times more likely to serve on summer camp staff than those who did not attend the Gathering.

About a third (34%) of rostered ministers attended the Gathering as youth. When considering only those 45 years old or younger, the proportion rises to about half (49%). In fact, attending the Gathering is one of several significant factors in respondents being ordained at a younger age, indicating a more direct trajectory to ministry. If a respondent did any one of the following: 1) attend camp four or more times, 2) serve on camp staff at least once, 3) attend an ELCA college or university, 4) participate in campus ministry monthly or more, or 5) attend the ELCA Youth Gathering, the median age they were rostered was 29. If a respondent did none of these, the median age they were rostered was 41.

It is clear that the Gathering is an integral part of the ecology of faith formation in the ELCA. It works alongside and to the mutual benefit of multiple other ministries, serving as a catalyst for vibrant youth programs and a shaper of Lutheran identity. We need to work towards greater ministry partnership and mutual acknowledgement. It is not time to kill the Gathering, close camps, defund campus ministry, or cancel Sunday school. We need these crucial ministries.

In a time when regular church attendance is declining and there is a shortage of church leaders, let’s look to the ministries that are proven effective in faith formation, developing Lutheran identity, and nurturing call to ministry. 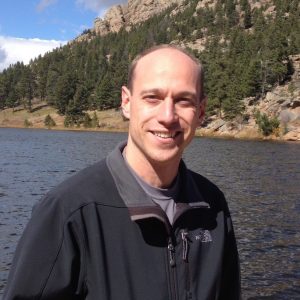 Dr. Jake Sorenson served in congregational youth ministry and year-round camp staff before shifting his focus to scholarship and research aimed at enhancing the ministries of camps and congregations. Sacred Playgrounds emerged out of this ongoing work. He has authored numerous articles on camping ministry, has taught in colleges and seminaries, and has presented at camps and conferences across the country.