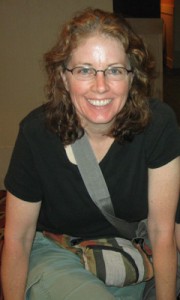 That’s a predominantly African American area not far from one of the levees that failed. The death and destruction was so massive that many people have not been able to return.

Swan, 48, is a youth adviser on the trip. She’s a member of Good Shepherd Lutheran Church in Goldsboro, N.C.

Her group spent much of the afternoon clearing an empty lot where a house stood before Hurricane Katrina. The house was destroyed. The group didn’t learn whether the homeowner survived.

One teen wondered aloud about the possibility of finding an album of Michael Jackson’s, since his death has dominated headlines recently.

“Not only did we find a Michael Jackson album, we found ‘Thriller,'” Swan said.