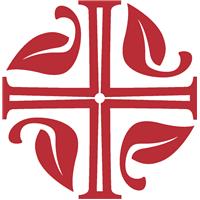 The days of Christmas are typically a time to sing beloved carols. This year when we are gathered in our homes, it may be especially comforting to sing familiar Christmas carols. While singing songs etched on our minds and hearts is important, we affirm that as creative people made in God’s image we create and seek out new ways to sing the story of Christmas.

All Creation Sings provides six hymns and songs under the Christmas heading; the topical index offers additional suggestions. While some of these may be familiar from their inclusion in other resources, some are brand new to an ELCA worship book. One of these is the hymn, “Night Long-Awaited / Noche anunciada” by Félix Luna (text) and Ariel Ramírez (music).

While new to our resources, this hymn was composed in the 1960s. It is an excerpt from “Navidad Nuestra: A Folk Drama of the Nativity Based on the Rhythms and Traditions of Hispanic America.” Published for mixed chorus and soloists with percussion, guitar and harpsichord/piano, it included text in both Spanish and English. The performance notes in the original score describe it: “Navidad Nuestra—Our Nativity—was created for a criollo retable—a native tableau—where each moment of the Mystery of the Incarnation is expressed in a popular manner, with all the tenderness that the Miracle of two thousand years ago evokes in the spirit of the simple people.” Each section used a different regional voice.

Félix Luna, Argentine poet, collaborated with Ariel Ramírez, an Argentine and internationally celebrated choral composer, in this tender and simple hymn. Of course, we are also indebted to the work of translators. The version of “Night Long-Awaited” in All Creation Sings was translated by Adam Tice (ACS also includes five of his original hymns). Translations allow the texts to speak anew to us in every generation, but it’s interesting to point out one feature of the original text that changed over time.

The end of stanza two of the version published for mixed chorus in 1965 reads:

When He is smiling, Radiance glows,
And in His arms, a tiny cross grows.

Light for our shadows, grace for our loss;
Born for our dying, bearing our cross.

Both settings connect the incarnation to the death of Jesus.

Unlike “Silent Night,” this hymn incorporates “redeeming grace” with more direct references to the arc of salvation through Jesus, that “all that is broken shall be restored” (stanza 2). Like “Silent Night,” the music ushers us into a sense of stillness and awe, complete with beautiful four-part harmony.

Several recordings exist of this. José Carreras sings the hymn in this recording. Though it is pitched in a higher key, it captures the simple beauty of this hymn. You can also hear it in the key of C in this less formal recording.

Now is God’s promise born in the night,
wake to its fullness; live in its light.
Christ comes among us; people, draw near!
Come to the manger; Christmas is here.

May a treasury of songs, both old and new, fill your hearts and homes this Christmas. 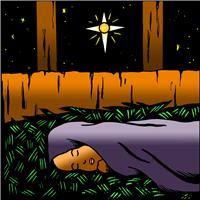 To learn more about All Creation sings, visit www.augsburgfortress.org/AllCreationSings.