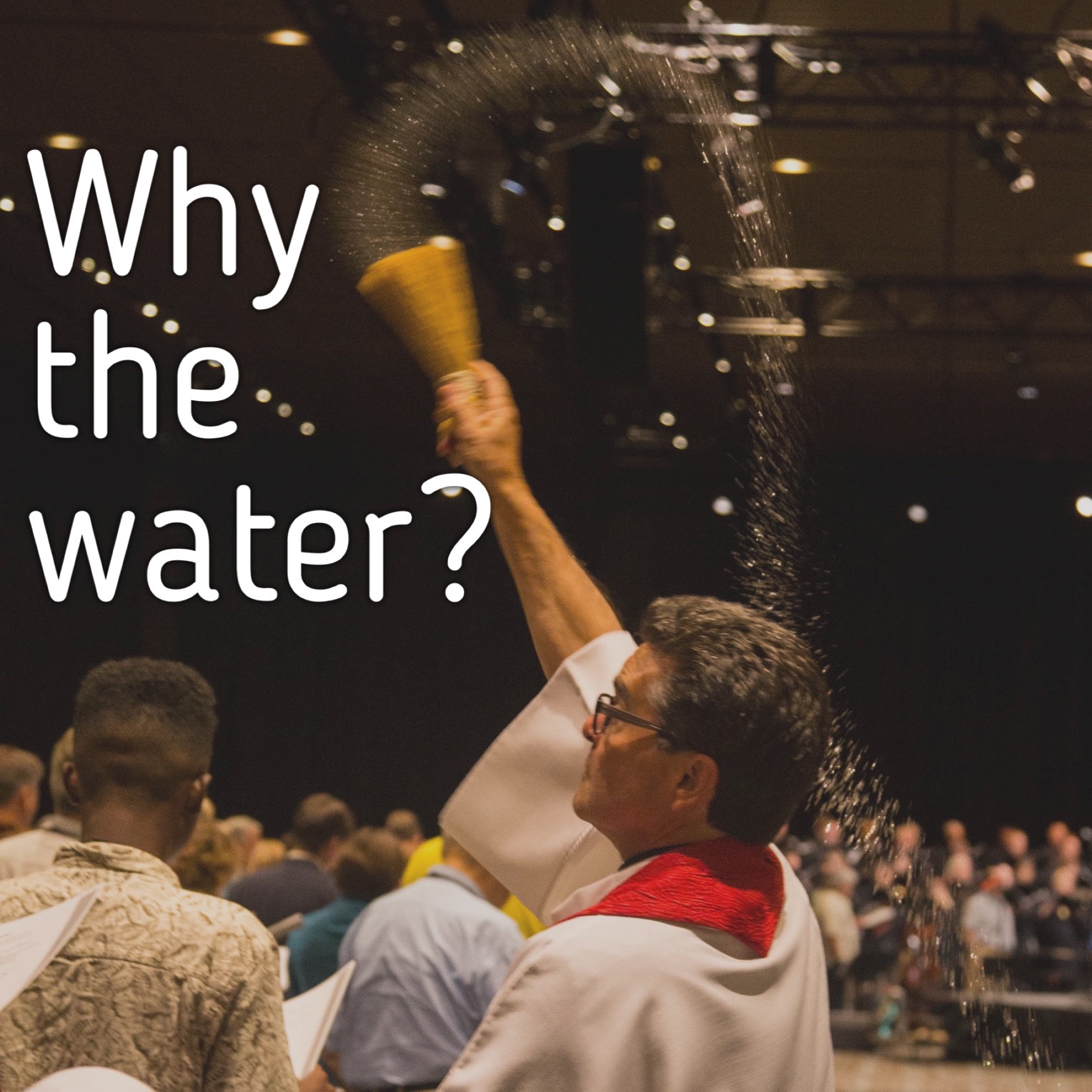 Ever wondered, “Why the water?”

Asperges (noun, pronounced ah-SPUR-jes) is the sprinkling of baptismal water upon worshipers as a reminder of their baptism. The ministers who are performing the apserges may use a pine branch or a special sprinkler called an aspergillium (often a bound bundle of straw that resembles a small broom). Sprinkling with water is an option in worship any time the assembly participates in an affirmation of baptism into the death and resurrection of Christ and it is particularly suitable during the Easter season.

To sprinkle the water, a minister dips the branch or sprinkler in the bowl of water then flings it over the heads of the assembly. It is helpful for the minister to use a large arc-type action with the arm rather than just flicking the wrist so that large groups of people can feel the touch of the water at the same time.

Some worshippers find it helpful to trace the sign of the cross on themselves as they are sprinkled as a way of reminding themselves that they have been baptized into Christ’s death and resurrection.

Next Post: Two Days in Denver: We are Church, Together »