From 2011 to 2015, the ELCA Malaria Campaign raised both awareness about malaria and gifts to support companion churches and partners in fourteen countries to combat this disease. These gifts continue to support projects in countries faced with the daunting challenges posed by malaria. This World Malaria Day, we celebrate this important work that continues through the ELCA’s companion churches. As we commemorate World Malaria Day this year, we do so with firm resolve to keep up this important work. According to the World Health Organization, there were 216 million estimated cases of malaria in 2016 (the most recent year data is available.) This is a significant decrease from the 237 million cases WHO estimated for 2010, which enlivens hope that we can reduce vulnerability to this disease. Yet, we also know that progress has slowed. The 2016 estimates represent an increase from 2015, when WHO reported 211 million cases.

Clearly, there is more to be done. But ELCA World Hunger, our partners, and our companions also celebrate the progress that has been made and the impact this work has had in communities. Below are updates from some of the countries where malaria work continues. For more on the malaria programs in Zimbabwe from ELCA staffmember David Mills, see this post.

Income generation and savings is a key part of the Evangelical Lutheran Church in Malawi’s work, as well. In 2017, their village savings and loan programs reached more than 2,100 members, who collectively saved nearly $167,000 dollars. These savings have helped the participants—88 percent of whom are women—gain increased access to health services, loans, and education while improving the overall food security of their households. The members were also able to make improvements to their homes and purchase assets that will help them generate income. All of these results will help them be more resilient to malaria outbreaks. 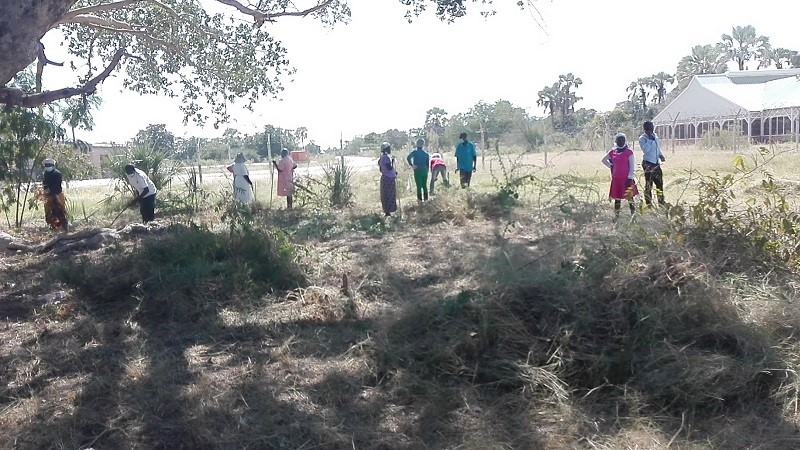 To reduce the population of mosquitos that carry the malaria parasite, removing brush and tall grasses that would allow standing water to collect near homes is critical. In Ruacana, 349 people from seven villages came together with the Evangelical Lutheran Church in Namibia (ELCIN) to implement a major cleaning campaign to reduce the risk of malaria. The Regional Councillors’ office helped by providing transportation for the large group. More than 100 participants joined in two other cleaning campaigns in Okongo and Engela districts, especially targeting the area around the hospitals in those communities.

Education about spraying continues to be a key priority for the ELCIN. When participants in their malaria program in Zambezi reported that many people refused to allow sprayer operators into their homes, the church began an intensive awareness campaign and hosted workshops with community leaders. With the knowledge they gained and the trust that was built in the workshops, the community leaders became active advocates for indoor spraying, assisting the program leads and offering support to sprayer operators. The ELCIN now reports that 89% of the homes in Zambezi have participated in indoor spraying, a key best practice in reducing the risk of malaria.

Malaria is a disease of poverty. On the one hand, the disease itself contributes to high rates of poverty because of lost productivity, lost wages due to illness or death, lower school attendance, and increased health care costs. On the other hand, poverty can also make a community more vulnerable to malaria by decreasing the availability of social services, including health care and prevention education.

This is why income-generating activities are a key part of the Evangelical Lutheran Church in Zimbabwe’s (ELCZ) response to malaria. In Hwange and Gokwe districts, community members took time to celebrate the hard work of people involved in the ELCZ’s livelihoods projects. In Gokwe, groups participated in field days at a local level, showcasing a variety of products, including organic honey, organic milled small grains, protein-rich nuts, sun-dried vegetables, and soups. Some of the products were collected and exhibited at a district-wide field day. The exhibit of products won an award for best exhibit in the social services category. More than just celebrating the work of the groups, the exhibits gave them an important opportunity for feedback on product quality and branding.

In Hwange, the ELCZ held a field day where groups could come together and share experiences and best practices. Groups also had the chance to showcase the products they had developed. The group members helped make the field day a successful celebration, mobilizing resources for food and prizes for the presenters. 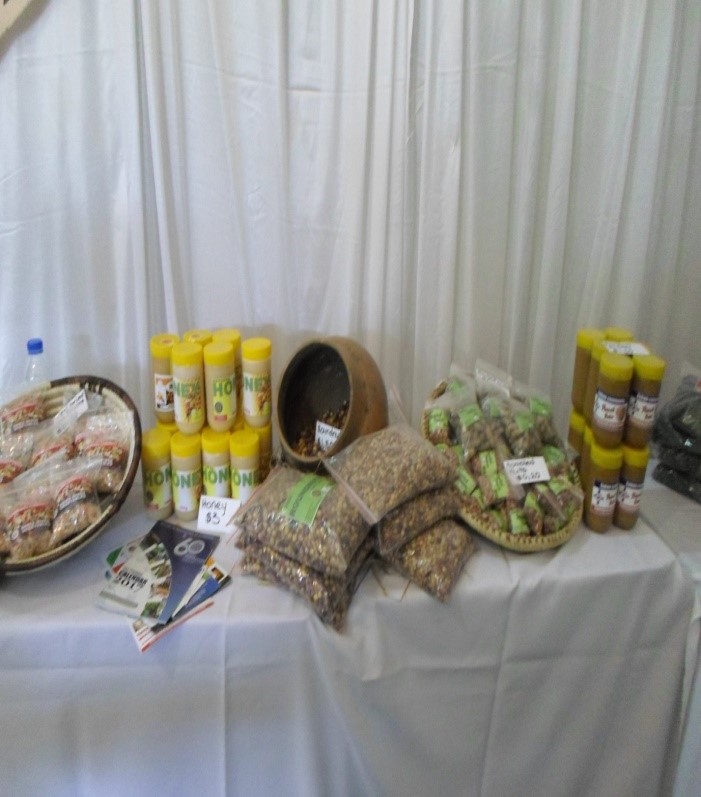 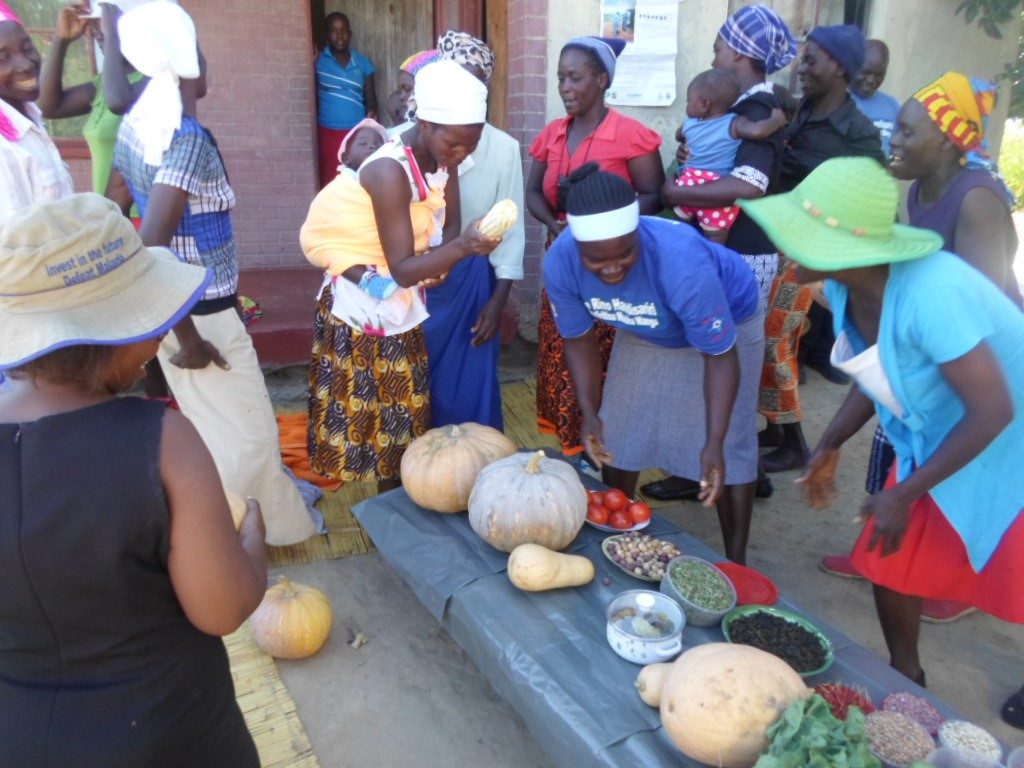 The ELCZ’s work has made a tremendous impact on individuals and communities. Gogo Lucy Mloyi, a 60-year-old widow in Mfelandawonye, has been a member of a village savings and loan group since 2013. The group has been a blessing for Gogo Mloyi as she works to raise chickens for eggs and meat. Through her hard work and the support she has, Gogo Mloyi was able to build a six-room house, with rooms to rent for added income. She was also able to get electricity in her house to run a deep freezer where she keeps her chickens before they are sold. With the support from the village savings and loan group, Gogo Mloyi is able to meet her needs in her new home. 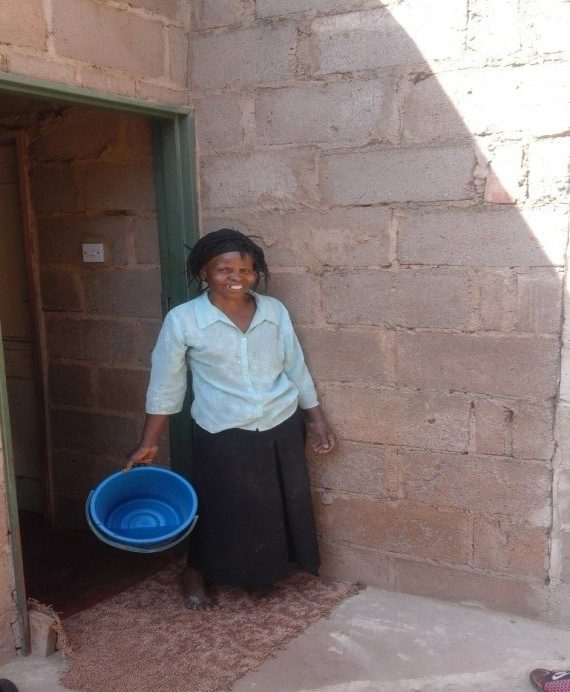 Excerpts from my time in Sweden

Last Autumn I had the opportunity to study for a semester in Sweden. Looking to fill some requirements for my International Studies major back home I signed up for the course Global Health. At the time, it slipped my mind that Sweden is known for this kind of study and research. As I sat amongst students from Sweden, Poland, the Netherlands, South Korea and Zambia who were studying subjects which ranged from nursing to psychology, I realized that I was in for an eye-opening semester. As you read, please keep in mind that all of the facts are already a year old, but their significance is no less impactful. This blog is a very short snippet of all that I learned in that class; below are the concepts and figures that moved and surprised me the most.

Excerpts from my final paper:

• “I was also struck by a statement which one of the presenters recalled from one of the older Zambian women, ‘When the white men came we saw that we were poor.’ I believe that we have as much to learn from struggling peoples as they have to learn from us, they are rich in other aspects of life.”

• “I also found it fascinating when Mr. Almroth talked about how children need love, and when their parents die they are more likely to get sick as well. It’s amazing how something so simple can have such deep and compounding impact. It’s hard to realize how much that love is taken for granted in developed countries where health is expected and sickness can be treated.”

• “Additionally, the knowledge that female literacy is most directly connected to child mortality, and that fifty percent of all child deaths could be prevented through female literacy surprised me.”

• “I was finally incredibly relieved to hear Mr. Almroth talk about the fear of over-population. I admit that I was one of those people who are often conflicted by compassion for people in need and scientific numbers of over-population. Hearing that increased child survival has always lead to less pregnancy was all I needed to hear for my fears to be quickly relieved and my compassion to take over!”

• “I was encouraged to think about AIDS as a result of poverty, not necessarily a lack of knowledge. This cuts at the basic human need to survive, and when people see no way to make money, they turn to dangerous practices to survive. When it is knowledge vs. necessity, necessity always wins.”

• “Standing at twice the African regional average, 150 out of 100,000 people in Zambia are infected with tuberculosis. Of those infected, over half are co-infected with HIV/AIDS. Zambia is currently working to improve lab facilities, increase community awareness, expand public-private partnerships (such as support groups who visit patients,) increase printed and circulated materials and conduct training of health workers.”

• “One very cool way of disease education that Zambia has implemented is grounded in schools. Each year on World AIDS Day and World Malaria Day formal debates are held between students in schools to increase awareness of the disease crises.”

• “Every year 7.5 million women and babies die unnecessarily due to pregnancy-related causes, NOT disease. This is 50% more people than AIDS, malaria and tuberculosis combined! In poor nations around the world poverty causes death in heart-wrenching ways because the cure is both known and attainable. On one side of the problem lies a lack of funding for pregnancy care and neonatal mortality prevention and the shift of educated doctors from rural Africa to lucrative Europe. On the other side of the problem lies hope. The greatest resource that Africa needs to improve the maternal health situation is educated midwives. Additionally, the country of Mozambique is leading the way by training ‘non-physician clinicians’ to perform cesarean sections, obstetric hysterectomies, laparotomies and other life-saving emergency obstetric care. These clinicians also exist in rural Malawi and Tanzania, creating an incredible resource where doctoral care is limited or non-existent…Cures and preventative methods are known, available and common; proper funding, education and trained professionals are what the world is waiting for.”

Thanks to lecturers Almroth, Berggren, Halling and Bergström.

I found another interesting (and free!) hunger-related game on the Internet. It’s called 3rd World Farmer. It’s not particularly new, so you socially-minded gamers out there are probably rolling your eyes at this post. But as one who doesn’t find the time to hang in the gaming world, I’m enjoying this discovery.
Well, maybe enjoying isn’t the right word. The game simulates life for a family of African farmers. You make decisions about what crops to plant, equipment or livestock to buy, whether to pay for school and medicines, etc. Then you’re told how your decisions turned out. Armed with that information, you tally up your household’s money, equipment, and health, and you make new decisions for the next year. On the whole, there’s lots of bad news and it’s kind of frustrating. Yet I found I wanted to keep trying. Hope springs eternal, after all.
I learned about the game on gamepolitics blog, and as the author wrote, “It’s not fair and it’s not fun but perhaps that is the point.” The creators (university students in Copenhagen) suggest using it to start discussions, and I can easily see how it could! They also suggest using it to spur action. I think it could do that, too.