Myths and Realities about Water Shutoffs in Detroit

Access to clean water has long been a concern of ELCA World Hunger.  Together, we have supported our companion churches with projects like wells, knowing that ending hunger means not only having food but also having clean and safe water for washing fruit and vegetables, cooking, drinking, and sanitation.  God taught Moses to sanitize the waters of Marah (Exodus 15:25) and graced God’s people with water from the rock (Exodus 17:1-7).  Clearly, the basic need of water for life is never far from God’s attention, nor from ours as the people of God. 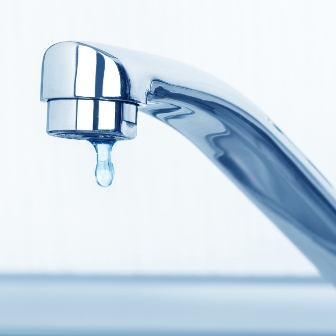 But even as we focus on the need for water in the developing world, we can often miss the problems people in the US face in accessing water.  Lately, more attention has been on this issue since the news media have taken up the story of water shutoffs in Detroit.  Last year, the Detroit Water and Sewerage Department (DWSD) ramped up efforts to shut water off to homes with delinquent accounts.  By this spring, the shutoffs had increased exponentially, with more than 7,500 homes losing access in April and May 2014, and DWSD threatening to shut off up to 3,000 more customers each week this summer.  This comes as Detroit is in the midst of the largest municipal bankruptcy in US history.

Thankfully, the department has responded to criticism and halted the shutoffs – at least for now.  Yet, there was so much misinformation and misinterpretation about the crisis, that it is difficult to see what this meant for Detroit residents – and what it means for the rest of us.  Below are some of the myths and realities about the Detroit water shutoffs.

Myth #1 – This is about residents refusing to pay the bills they owe.

Reality – The municipal water department in Detroit had no intention of holding its worst delinquents accountable.  Until public opposition got in the way.

DWSD has argued that shutting off water to customers is the only way to force residents to pay the nearly $100 million dollars owed to the department.  However, while 39,000 households had their water shutoff within the last year, DWSD has only recently – after significant community pressure – begun sending notices to the 22,735 commercial accounts that are delinquent.  And these businesses and agencies owe quite a bit more than the few hundred dollars homeowners are behind (see this April report from local news WDIV):

Recently, DWSD has started sending shutoff notices to commercial customers, but this appears to have been the result of public outcry rather than original intent.  In fact, the contractor hired by DWSD to shut water off was not even equipped to shut off commercial customers.  And residents are still waiting for these large businesses to lose their access to water.

Myth #2 – This is about a municipal department trying to pay its bills.

Reality – This is an attempt to create opportunities for profit by shaming and harming over-burdened households.

On the one hand, yes, the department needs money to function, and this money comes from customers paying for a service.

On the other hand, DWSD issued $1.16 billion in bonds in 2011-2012 to pay for its aging infrastructure.  According toBloomberg Businessweek, more than $500 million of this was given to banks like JP Morgan Chase to terminate financial agreements.  In fact, as Detroit was heading for bankruptcy, JP Morgan Chase made money on the swap.

This goes a step further, though.  In June 2014, Detroit Emergency Manager Kevyn Orr reviewed several bids to privatizethe Detroit water department, making way for private companies to operate and manage the public service.  As The Guardian reports, the shut-off campaign comes as this shift toward privatization gains momentum, leading many to believe that residents are losing water to make the utility a more attractive entity for investors.

We should also bear in mind that Detroiters currently pay twice the national average for water services and are facing yet another rate hike.  In 2009, the rates paid by Detroiters were substantially higher than the rates paid by suburban residents, many of whom get their water from Detroit.  At that time, the average water and sewage bill in Detroit was $62.75; in the suburbs, it was $26.56.[2] And this is in a city sharing a border with the source of nearly 1/5 of the world’s surface freshwater.

Myth #3 – Customers have the money; they just don’t want to pay.

DWSD officials have argued that the shut-off campaign has been a success since as many as 60% of delinquent accounts have been paid.  That figure, however, obscures the reality that many people are paying their water bills with money that would go to other needs like food, health care, or transportation.

Detroit has an excessively high rate of poverty.  Over 38% of residents live the below the federal poverty line ($23,850 per year for a family of four).   The unemployment rate has fallen from a high of nearly 28% in 2010 to nearly 15% in 2014 – still more than twice the national average.  Homes in the city – usually the single largest asset for individuals and families – sell for less than a new car.  With delinquent water bills running into the thousands of dollars, many families simply cannot get caught up without assistance.

Myth #4 – This a local issue; no one outside Detroit is affected.

Reality – Detroit is the latest example of a shift toward privatization of water services and, some fear, commodification of water itself.

As researchers from Georgetown University Law Center pointed out in an April 2013 report, “In the United States today, the goal of universal water service is slipping out of reach.”

The distressing reality is that this is merely one example of what some see as a gradual shift from viewing water as a public good to viewing it as a private commodity, available only or mostly to those with the means to pay for it.  Many cite examples like Bolivia, which, in the late 1990s, was forced to lease its water supply to Bechtel, a multinational corporation that doubled water rates within a few years, leaving many Bolivians paying nearly a quarter of their income for water.

The World Bank famously declared in a 2000 sourcebook on Africa, “Work is still needed with political leaders in some national governments to move away from the concept for free water for all…” (see Gernot Kohler and Emilio José Chaves,Globalization: Critical Perspectives, page 200).  The World Bank, of course, was the entity that forced Bolivia to lease its water system to Bechtel.  As communities continue to grow and water use continues to expand, more and more companies see the opportunity for profit in privatizing water supplies, regardless of the “large-scale and long-term risks and harms”posed by privatization.

But this isn’t limited to other countries.  In the US, cities and states are increasingly turning toward private corporations to operate or manage their water systems, and multinational corporations are seeking water rights for bottling, shipping overseas, and agricultural and industrial uses.

What has privatization looked like in the US?  Ask Atlanta, Ga., residents whose water ran brown and had to be boiled often after private firm United Water cut jobs and training for employees once it took over the city’s water supply.  Even when they are not providing unsanitary water, private firms raise rates, fail to ensure long-term sustainability of infrastructure, and do little to prevent the degradation of the interconnected water systems within a region, according to Craig Anthony Arnold, Boehl Chair in Property and Land Use and Professor of Law at the University of Louisville.

Reality – To ignore race is to miss the entire background against which this situation plays out.

Almost half of the Black citizens of Michigan are living under non-democratically elected “overseers with little say in the governments nearest them.”  Legislation passed by the disproportionately white state government allowed the governor of Michigan to appoint emergency managers in cities under financial distress.  These managers have more power than locally elected officials and are not accountable to the voting citizens of the area.  Of the eight municipalities that have been or are under emergency management, six have been majority-black cities.  This is despite the reality that many majority-white cities in Michigan face as bad – if not worse – financial distress, according to reports.

Even if the governor begins to correct discrimination in this process, there is a legacy of racist policies and processes that have left their mark on Detroit.  From riots to protest integrated housing, to denial of federal loans to Black would-be homeowners, to redlining of neighborhoods as recently as 2000, the bankruptcy of Detroit has to be seen against a backdrop of the deep divisions and lasting scars of institutional racism.

This is not even to mention that research has demonstrated that the burden for paying for public services like water is disproportionately borne by African Americans.  In their analysis of data from Detroit, researchers Rachel Butts and Stephen Gasteyer found that “water costs more in areas with greater proportions of racial minorities,” regardless of household income or whether the home was in an urban or rural area.[3]  The structural injustice caused by discrimination in housing and employment, coupled with economic shifts, thus shows its long reach over time.

Myth #6 – The people of Detroit are broke and broken; their situation should inspire pity and move the rest of us to go there and help.

Reality – There is nothing wrong with the people of Detroit; there is something deeply wrong with the systems – inside and outside the city – that seek to constrain them.

As I sat with a pastor from Detroit and talked about the upcoming ELCA Youth Gathering, he flipped a common lens on its head – “No one is bringing God into Detroit; God is already here.”  Having grown up north of Detroit and recalling fond memories of evenings and weekends in the city, I often think of Philip’s words to Nathanael when people talk about Detroit with pity or derision: “Nathanael asked him, ‘Can anything good come out of Nazareth?’ Philip said to him, ‘Come and see!'” (John 1:46).

It’s no lie to say that outside attention and criticism helped force the city’s hand in this situation.  But that is not to say that the recent moratorium in shutoffs came from the hard work of anyone but Detroiters themselves.  Coalitions of faith communities, along with many other community organizations, have been involved in peaceful demonstrations and activism.  Many of our ELCA brothers and sisters have also been active.  Some Detroiters have gone so far as to be arrested for physically placing their bodies in front of water shutoff valves for their neighbors.  In addition to this, the Detroit Water Brigade has provided immediate relief to families in need and advocated for affordable water for all people, with a cap on the utility fees that can be charged to a household.  There are also local agencies working to help people pay their bills or make arrangements to pay with DWSD.

Detroit does not need rescuers from outside.  What those of us who are not from the city can do is support what is already going on, learn more about the context of Detroit and the current situation, and listen to community members.  We can also help bring attention in our own communities, by using what we have learned to change the conversation about Detroit, and join the conversation about what it means for water to be a human right – both around the world and in our own communities.

[1] The owners of Ford Field have recently resolved their bill by providing evidence that the delinquency was a clerical error. Still, it is curious how they were able to resolve this without having their water disconnected, while stories of residents facing shutoff due to billing errors, arrearages from prior property owners, or water leaks continue to emerge from the city.