In Fresh Fruit, Broken Bodies, Holmes attempts to better understand the “social and symbolic context of suffering among migrant laborers” (29). The book begins with a personal account of a dangerous border crossing, then records his work alongside a particular group of Triqui people (an indigenous group in what is now the Mexican state of Oaxaca) through harvest fields in Washington, California and back to Oaxaca. His explorations progress with the hope that his observations will help change public opinion, practices and policies (29). ​

The book chronicles Holmes’ journey to understand how the poor suffer, often reading like a sociologist’s annotated field notes. The first-hand interviews and narrative presentation serve two purposes. First, and most obviously, these give the reader a glimpse into the lives of his Triqui companions. Secondly, the author relies heavily on the interviews and narrative to transition to topics that are contextually essential to the issue, but require further analysis beyond the scope of the book (e.g. neoliberal capitalism, North American Free Trade Agreement). As a result the narrative, combined with critical reflection and knowledge of social science research, advances Holmes’ case and signals the need for some additional context.

In the third chapter the author gives a vivid depiction of farm work. His insights not only give the reader a glimpse at some of the issues affecting these laborers, but also explain the segregation of labor, one of the social structures he wants us to challenge. The fourth chapter studies the issue of embodied violence and examines how racism is naturalized (a term the author uses frequently) in the industry. The fifth chapter looks at the health care available to the farm workers, both their access and opportunities in Mexico and the United States. The sixth chapter is devoted to the “public gaze” regarding the farm workers, where the author surveys the systematic effects.

In his analysis Holmes avoids simplistic arguments. Instead, he strives to draw attention to the systematic ways in which populations are marginalized or written off completely. One critical step he acknowledges is combating normalization- seeing the plight of migrant workers (a term which the author interrogates thoroughly) as an unfortunate but inevitable part of the social order. He finds this sort of indifference destructive, and an impediment when working toward respect, and common humanity as far as seeking a solution regarding migration and the U.S.-Mexican border (156). These sorts of conclusions sometimes leave the reader wondering how to work for systematic change, and the author offers a couple anecdotes of how he sees this done.

Since Holmes works, lives, and travels with the Triqui people he is reporting about, his methods of research could be criticized for a lack of objectivity. One would expect a certain degree of empathy, if not bias, would develop when spending a substantial amount of time building relationships with a particular group. On the other hand, the position he assumes makes his claims and analysis tough to dismiss (as he seeks perspective from grower and picker, medical care practitioner and patient). In the end he is able to achieve a unique ethnographic account that fully supports his analysis. Whether or not that analysis is sufficient for his critics is another matter.

Throughout the book I kept wondering whether or not his analysis would be convincing for someone who disagrees with his conclusions. We get the sense that he interviews people who disagree with him, but Holmes doesn’t go into detail about how the conversations took shape or conclude. Of course a lot depends on where the disagreement lies, but overall his case could benefit from a more thorough policy review (i.e. NAFTA and migration). The reader would do well to look into supplement articles and papers from the Economic Policy Institute or other related publications: NAFTA in the New Millennium, (eds. Chambers and Smith) and “NAFTA and Migration.” I have had only a cursory review of these sources and merely recommend them as examples without endorsement of their findings.

​This book would be well suited for those interested in issues of race relations and/or work among migrant populations, specifically farm laborers (a population which often exists under the radar in many communities). A common refrain throughout the book is the need to challenge structures that devalue humanity. By identifying the unabashed racism that exists in this system, Holmes is calling us to recognize complicity and work to change it wherever we can. 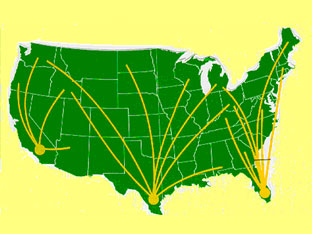 My Friend’s House and Pebbles Phillips | Why the book of Ruth is not a love story: A study of Ruth 2:1-16