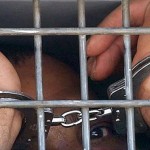 The UN Special Rapporteur Richard Falk said he is appalled at the conditions that have led to more than 1500 prisoners taking part in a hunger strike.  Prison authorities have reportedly taken punitive measures against those on hunger strike, including denying them family and lawyer visits, confiscating their personal belongings and placing them in solitary confinement.

“I am appalled by the continuing human rights violations in Israeli prisons and I urge the Government of Israel to respect its international human rights obligations towards all Palestinian prisoners.  Israel must treat those prisoners on hunger strike in accordance with international standards, including by allowing the detainees visits from their family members,”  Falk said in a statement.

Two of the hunger strikers appealed to the Israeli courts to end their administrative detention.  Thaer Halahla and Bilal Diab, suspected by Israel of security offences, and two other men have passed the 60-day mark of the hunger strike. Ten stopped eating about 40 days ago while the others began the protest on April 17, Palestinian officials said.