In a new report, the United Nations Office for the Coordination of Humanitarian Affairs of the Occupied Palestinian Territory (UNOCHA) details the increasing settlement activity in Palestinian residential areas of East Jerusalem, especially the increasing evictions of Palestinians from their homes.

According to the report, ” Israel, as an occupying power, has an obligation to protect the Palestinian civilian population. International law prohibits the forced displacement of civilians and the transfer of settlers into occupied territory, as well as confiscation or destruction of private property, except when such destruction is absolutely necessary for military operations. The application of the Israeli legal system to accommodate claims over property rights in an occupied territory is also unlawful under international law, and it involves discrimination against Palestinian refugees, who are not allowed to reclaim their property in Israel.” 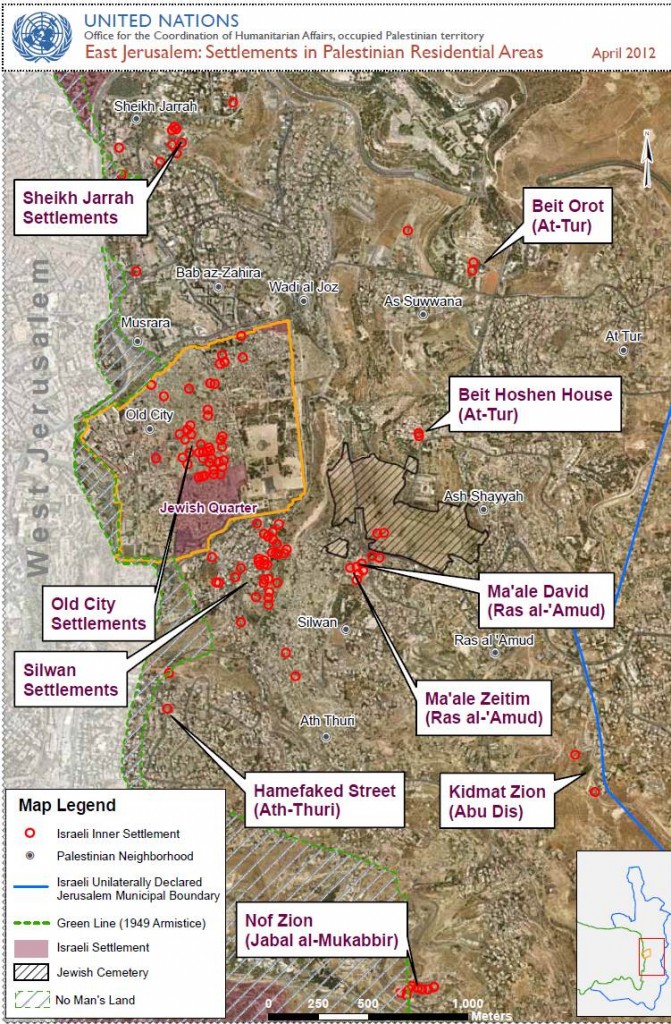 A map showing the increasing Jewish settlement activity and homes being taken over against international law in the Palestinian residential areas of East Jerusalem.