Patrick and Jacqueline Bencke serve at Kyushu Lutheran College, a college of the Japan Evangelical Lutheran Church in Kumamoto, Japan. To support the Benckes or another of the ELCA’s nearly 250 missionaries, go to www.elca.org/missionarysponsorship. 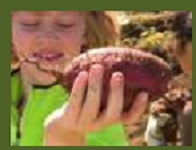 Our 9-year-old, Emilie, came home from school today with quite an amazing story of witness. She was chatting with a couple of friends about Christmas, saying “Well, you know it’s not all about presents and Santa Claus, right?”  Her friends looked at her with astonishment, and asked in their local dialect, “Eh? No way! Well then, what is it?”

She and a little boy who attends the Catholic church in town proceeded to tell the story of Jesus’ birth and how He was a gift from God, which is why we exchange presents at Christmas time — to remember the greatest gift of love from God.  The two of them then went on to tell the three other kids about how, first of all, there aren’t various “levels” of hell (apparently many kids believe very fervently that there are various “levels” of hell, perhaps influenced by anime and video games?) and also how the gate to heaven is narrow but that all people are invited. Emilie said they tried to explain that God is so big that He holds the world in His hand and that He loved humans so much even though we do bad things that He sent Jesus to Earth to help us and that Jesus died but he rose from the dead, and that’s why we can go to heaven.

I asked her how the kids she was talking to responded, and she said that they were surprised, quiet and listening hard, since they had never heard of Jesus or the real Christmas story or any of that stuff about getting in to heaven by loving God. Besides the fact that they couldn’t get over the fact that there weren’t multiple levels of hell, she said they just seemed to take it all in. I asked if it was hard, and she said it wasn’t, since all the kids were her age. But she said, “If they had been adults, then it would’ve been weird!”

Later, after school, the girl Emilie walks home with apparently asked her a lot of questions about the Christian faith and what Emilie believes.

Emilie and this other little boy are the only two Christians in their class. I imagine it was quite something for them to tell these stories to kids who had never even heard the name of Jesus before. It was one of those moments where I thought — God can get the message out, even if it needs to be through the words of a couple of fourth-grade kids.