Kyle Larson is working in Mexico as an ELCA Young Adults in Global Mission. He writes in this excerpt from his blog about his assignment, which is not what he had expected. To support YAGM coordinators, or any of the ELCA’s nearly 250 missionaries, go to www.elca.org/missionarysponsorship. 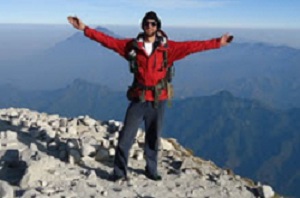 In July, I got an email detailing what my job would be for the next year. As I read, I had overwhelming thoughts of whether I could actually step up to the plate and do this job. Instead of working in a school as I had planned, I was going to be working at an HIV and AIDS organization. Wow. I thought to myself, “What business do I have working with HIV/AIDS patients?”

After talking to some people at camp and my parents, I emailed  back and gave the go ahead.

The organization is called La Casa de La Sal. They are involved in all aspects of HIV and AIDS, ranging from prevention to terminal care. It’s worth checking out the website even though it’s all in Spanish. Hit up Google translate. You can at least get the just of what the organization is about.

My job is in the prevention area. I have a team of five other volunteers that I work with. We go to schools, usually in teams of two or three and do workshops — very frank and honest workshops —  about HIV and AIDS awareness and prevention.  Education like this isn’t prevalent in the school system, and without this workshop the kids would never be exposed the concepts we talk about.

I love what I’m doing and I really feel like it’s making an impact, however minimal it may be, in the community.

To read more from Kyle, go to his blog, “The Mexico Chronicle.”