Christine Eige is an ELCA teaching missionary in Japan. As part of her work in Tokyo, she periodically presents chapel speeches in simple English to junior high and senior high school students as a translator delivers them in Japanese. She says most of the students are not Christian and that it is an opportunity to explain basic Christian ideas on subjects the youths can relate to. Here is one message she recently delivered. To support Christine, or another of the ELCA’s nearly 250 missionaries, go to www.elca.org/missionarysponsorship. 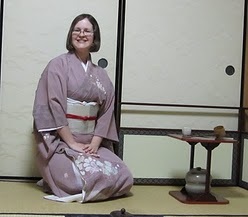 What is your dream for the future?  What do you want to be when you grow up?

Recently, I read a story about an amazing Japanese Christian named Shimeta Niishima.  He was born in 1843, and he was the son of a samurai.  He studied hard to become a good samurai and a good scholar. When he was 16, his dream was to learn about the world. He wanted to be a scholar-warrior so he could help Japan trade with other countries and understand ideas from all over the world.

Niishima secretly read books from other countries and studied the Bible.  At that time, signs said, “Reward for the capture of Christians!  Death to the followers of Jesus.”  Niishima knew it was dangerous, but he believed in God and became a Christian.

It was also illegal at that time to leave Japan, but Niishima wanted to learn more.  He secretly got on a ship and went to America.  In America, he studied very hard.  He went to a preparatory school, college, and then seminary to become a pastor. Niishima’s new dream was to start a Christian university in Japan.

After 10 years, Niishima returned to Japan.  In 1875, he built Doshisha Academy in Kyoto. He was only 32, but he had already accomplished many things. Niishima wanted Doshisha to become a university to make Christian leaders for Japan: lawyers, professors, ministers, businessmen and statesmen.  He devoted his life to making his dream come true.

In 1890, Niishima showed his strong faith as he said his last words, “Peace, joy, heaven!”  After he died, other people carried on this work.

Today, Doshisha is a university with over 25,000 students.  It is a symbol of Niishima’s faith, hard work, and dreams. I hope that all of us can follow Niishima’s example and achieve great things in the future.

Let us pray.
Dear Lord,
Thank you for the chance to learn.  Help us to do our best and to work hard as we study.  Please guide us as we try to achieve our dreams.  In Your name we pray, amen.