Morgan Dixon is one of 15 new ELCA missionaries preparing to begin their service around the world. Morgan will be teaching English in Japan. To support Morgan, or another of the over 200 missionaries of the ELCA, go to www.elca.org/missionarysponsorship. 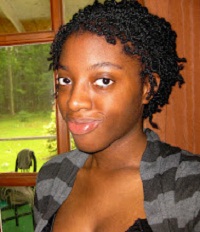 I spent a recent week between Chicago and Kenosha, Wis., receiving an introduction to ELCA Global Mission work and orientation for the J3 program. It was while being bombarded with new information that the gravity of my commitment hit me. Until now I rejoiced in the fact that I avoided becoming an unemployed statistic after graduating from college. (Recession is still on, right?) But becoming a missionary is by no means a profitable decision. And although financial concerns were not top priority in my decision to go into service, as a recent grad I cannot fully shake the anxieties of impending loan payments and someday entering the job market. So, making a decision that certainly would not alleviate those fears for the next three years is intimidating. Fortunately, after a weekend of re-evaluating my values and motivations my financial worries faded and were supplanted by a suddenly more pressing concern:

That’s perhaps an exaggeration. But I haven’t been to church regularly in years, I don’t know how to “witness” and it’s been a minute since I’ve read my Bible. Not that I believe those things have very much bearing on my faith, but I felt the title missionary demanded from me some amount of exemplary Christian behavior and practice, both of which I knew I didn’t have when I made the decision to enter mission. Furthermore, until last week I sufficed with telling people I was just teaching English for the ELCA. I left out the part about being a missionary, not for shame, but out of uncertainty myself with what the title called for. Being surrounded by other missionaries this past week, however, finally forced me to somewhat come to terms with the title. I appreciated that the ELCA dispelled a lot of the imperialistic connotations I once associated with missionary work, and a large part of me hoped that by the end of the week I’d be more confident in my role as one.

As it turns out, I’m still very uncertain, nervous and filled with questions to ask myself. But I’m a lot more optimistic. I have a lot of thinking to do before I set off for Japan and even more once I begin serving there. For now, I’ll play it by ear.

Oh, I’ll be sure to explain more about my motivations for serving with the ELCA and why I chose Japan specifically, in future posts.

One Response to 'Missionary?'