Susan Smith is serving in the Central African Republic as an education adviser. To follow her work and life in CAR, go to her blog. To support Susan, or another of the ELCA’s over 200 missionaries, go to www.elca.org/missionarysponsorship. 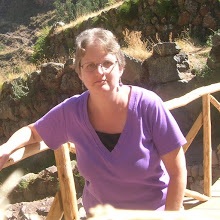 So, did you hear the good news?  The Central African Republic government officials and the rebels have signed an agreement. There is a cease-fire and a plan to form a coalition government. The prime minister and cabinet were decommissioned – fired – and the opposition will name the new prime minister! All good news.

I will not be going back to the Central African Republic until some time has passed to be sure that the agreement holds and peace has truly returned to the country, but I am encouraged and hopeful. Meanwhile, I will be moving to Garoua Boulai. This is a Cameroonian town just on the border with the Central African Republic. The directors of the programs I work with will be able to travel (by motorcycle) the 50 kilometers between the two towns so we can have planning meetings and advance our work. We will work that way until the national Lutheran churches in the Central African Republic and the U.S. agree that it is safe for us to return to Baboua.

In the meantime, I am still in N’gaoundéré. I have had three lessons in the Gbaya language. Although Sango (the language that I am already studying) is the national African language in the country, the ethnic group in the area around Baboua is the Gbaya, and I want to be able to understand some of what they say. I will only get a start here, but am glad for that because Gbaya is a tonal and often nasal language and my ear doesn’t easily hear the difference among the vowel sounds! This will take time.

I am also collecting and reading materials that have been developed for Sunday school lessons. Pastors in the Central African Repubic have expressed a need for lessons in Sango that suit different age levels instead of one-size-fits-all that they now have. I have been talking to the man in charge of Christian education in Cameroon and a Norwegian missionary who has some materials we may be able to adapt. The Christian education program director, some pastors and I will look at these materials and others they have collected to develop a plan for the Lutheran church in the Central African Republic.

« Previous Post: I have a big favor to ask …