The Rev. Paula M. Stecker works with the Lutheran World Federation Haiti office in communications and ecumenical relationships. To support  Paula, or another of the ELCA’s nearly 250 missionaries, go to www.elca.org/missionarysponsorship. 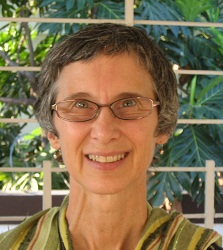 The last leg of a recent journey back to Port au Prince from Miami was on a 737 jet. As we sat in the waiting lounge, my Haitian friend looked around and said, “I think I may be the only Haitian on this flight.” Wow! We verified that there were only about three Haitians on a flight so full they paid people to stay behind. Who was going to Haiti? It was many groups who were going to give a helping hand. It is summer and America is going to save Haiti.

Here’s the rub: While Haitians are very appreciative of the help they have received from so many, they would also like to do more of the reconstruction themselves. The Haitian carpenters, painters, welders, farmers, teachers, doctors and nurses would like to work for a fair wage and be able to pay for their food, their rent and the school fees for their kids.

Haitians are not looking for charity alone. Charity has kept many Haitians alive through the worst of the aftermath of January 2010, but it is not sustainable. Charity doesn’t demand the changes that would permit them to raise up a new Haiti. They are asking for a break from the international community in order to fund new industries. They would like to see high schools and colleges in the cities outside of Port au Prince as a sign of the beginning of decentralization of power and privilege.

The Lutheran World Federation has done a great job this past year and a half of supporting a wide variety of activities where Haitians are rebuilding Haiti.

But how do we approach this bigger problem? It will take more than charity. How do we hold the world accountable for the promises made in March 2010 to help Haiti move to a new place?

Some of you have been to Haiti. You have heard and seen the issues firsthand. All of you have a voice, both as church and as citizens. Our voices can bear witness before governments and institutions like the United Nations, and we don’t even need to get on a plane to do it. We can pray for a more just nation, a more equitable economy, where life is more than the sum of disasters survived. If all our voices were at the Lord’s disposal for such a time as this, the result could be even more dramatic than the earthquake.  What do you say?