A Faith borne out of persecution 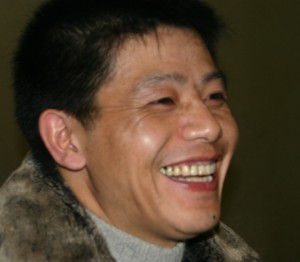 When Zhao Qin-lin was young, he remembers his grandfather singing a song. The lullaby-like song that Zhao remembers, “Jesus protects us … ,” had to be sung late in the evening, after his grandfather had spent many hours in the fields during the day, because of fear of persecution. This was during the Cultural Revolution in China, the period between 1966 and 1976 during which there as widespread social and political upheaval in China; a time when, in addition to the persecution of anyone suspected of harboring anti-socialist ideas, religions were persecuted, churches closed and Bibles destroyed.

“My grandfather would take the Bible and put it in a clay jar and bury it,” recalls Zhao. That was the only way to hold on to this treasure of their faith in a time of great upheaval.

Now, years later, Zhao serves as one of the pastors of Luzhou City Church in southeastern Sichuan province. As a Miao ethnic minority, he often heads into the mountains to trek among the Miao congregations that are a part of the Luzhou parish. This is all possible because of the flourishing ministry of this parish that counts somewhere between 28,000 and 30,000 members in four congregations, 15 preaching points, and 53 home gatherings.

The ELCA works closely with Luzhou church, assisting with social ministry projects, health care ministries, grassroots leadership training, and rural development. Among the Miao, in particular, irrigation ditches have been built to allow crops to be grown higher up on the slopes of valleys; library books  provided to isolated schools; and one new church built.

One Response to 'A Faith borne out of persecution'