Update from companions in Chile 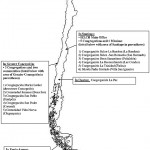 Thank you for the outpouring of messages we received following Saturday morning’s earthquake in Chile. We want to assure you that we are all fine and to share the information about our companions in Chile, both in the Evangelical Lutheran Church in Chile (IELCH) and Popular Education for Health (EPES).

IELCH: Yesterday afternoon (Sunday), Gloria Rojas, Pastor President of the IELCH, was able to visit a number of congregations in Santiago. By Sunday evening, she had established communications with all IELCH pastors. Structural damages will be evaluated in the coming days. In the majority of IELCH congregations, the homes’ of members have suffered fallen walls, bricks and adobe blocks, making them vulnerable to theft and injury.

There are places without water and electricity. Some supermarkets are only operating with cash. Speculators are selling bottled water for 5 times the price and there is looting in the most affected areas.  As it has been announced that there is enough gas for two more weeks, people are starting to hoard it.

In the IELCH Santiago office, shelves, books, papers, etc. were thrown to the floor in the quake and many things broken, but overall the office is intact. The domestic violence shelters have only suffered minor damages. Continued aftershocks have everyone anxious.

The situation in Concepción, one of the hardest hit areas is chaotic, with much destruction. Pastor Eduardo Rojo has confirmed that there were no victims among his congregation’s (Martin Luther) members and that his family was fine. Pastor Oscar Sanhueza was able to travel the community of Vida Nueva in Chiguayante where two families who have lost everything will be sheltered in the Church. Pastor Oscar’s home has been severely damaged. Pastor Camaño and his family are fine. Based on the information he has so far, there were no deaths or major injuries in the community (San Pablo Congregación en Haulpen, near Concepción). As of Sunday night, it had not been possible to establish communications with members of the IELCH’s San Pedro congregation located in the fishing village of Coronel. People in that area have evacuated to the highlands for fear of massive ocean waves.

On Tuesday, March 2, Pastora Gloria will be part of an ecumenical assessment team that will conduct visits to congregations and communities in the Concepción area. Other members of the team include the bishop of the Methodist Church in Chile, Church World Service and ELCA missionary Karen Anderson (see below).

Pastora Gloria wants to convey the IELCH’s deep gratitude for all the prayers and concern that they are receiving from brothers and sisters around the world. In a message she sent out to the IELCH on Saturday afternoon, she invoked the words of the prophet Isaiah “…But those who hope in the Lord will renew their strength” (Isaiah 40:31).

Popular Education for Health (EPES) Foundation**: Another long-standing ELCA companion in Chile is EPES, a non-profit organization that works in health education and promotion in the most economically and socially vulnerable sectors of Santiago and Concepción. Karen Anderson, who founded EPES in 1982, returned to Chile last year, again as an ELCA missionary working with EPES. Karen and her daughter who live in Santiago are both fine, though shaken. EPES staff in Santiago are all fine. Karen is in the process of visiting health promoters through the Santiago area (to the extent that she can get gas). Communications with EPES staff in Concepción have been sporadic. Without electricity, people are unable to charge their cell phones and many land lines are down. EPES is still trying to assess the well-being of staff and health promoters in that area. Karen will learn more when she travels to Concepción tomorrow.

As the situation unfolds, we will continue to be in communication. We will be looking to the IELCH and EPES to help us understand the best way that we can accompany them at this time. We are also working closely with the IELCH’s companion synod, the Indiana Kentucky Synod to share information and support each other in our accompaniment of the IELCH at this time. In the meantime, congregations who want to send support can give to the give to the ELCA International Disaster Response.***

*Click on the map to view the larger image. If you would like a pdf of Kate’s map of IELCH congregations and communities, request it from globalmissionsupport@elca.org.
**To learn how to support Kate Lawler, David Wunsch, Karen Anderson and other ELCA missionaries, visit www.elca.org/missionarysponsorship or e-mail globalmissionsuport@elca.org.
***To see pictures EPES in Santiago and Concepción, visit www.imageevent.com/elcahunger/epes.