Kristopher and Rebecca Hartwig are ELCA missionaries serving in Tanzania. They relay news of finally having access to morphine to help cancer patients: 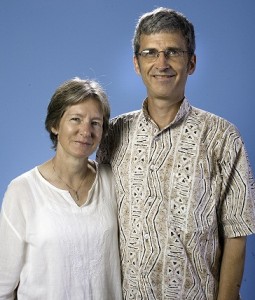 My colleague, Dr. Paul Mmbando, called it a “morphine boom.”

Since working in Tanzania from 2004, our steady work and advocacy to gain access to oral morphine as a key drug to treat cancer pain has failed to get even one of our rural Lutheran sites to access it.

In late January that all changed.  The director of Matema Lutheran Hospital, Dr. Joseph Mwakilulele, called us *to announce that he had just left the capital city with a supply of oral morphine.  We were thrilled!  It was a huge effort on his part, and seemed to give us a certain window of opportunity.

A carefully worded email from Paul, showering appreciation here and there, got us more response than we had even hoped for.  By the next week, the director of the Tanzania Food and Drug Authority (TFDA) was asking for details on what the barriers were to oral morphine in the rural areas.  He then requested that Paul and another colleague come to his office with any other applications for morphine that could be mustered.

Miraculously, within three days there were 12 further applications with the requisite photos and signatures, scanned to our emails and presented to the TFDA.  By last week, 13 hospitals were given certificates of permission to stock this drug!

In the world of hospice this is a memorable breakthrough.  That it would happen with such a collective team effort of Tanzanian professionals is very, impressive.  My role as a part of that team, even in the background, is one I treasure greatly.

Speaking of treasures, it is another reminder of a rich verse from Isaiah, 45:3: “I will give you treasures of darkness, riches stored in secret places, so that you may know that I am the Lord, the God of Israel, who summons you by name.”

For people suffering great pain, relief from that pain is something that is in a secret and inaccessible place for too many people in this world.  That there is the prospect of pain relief, and that it might come in such a way that those same people would indeed know the Lord God, who calls them by name, well, that is a true gift of mercy.