Share a time when you anticipated a special day or event and were disappointed?

Waiting for the Second Coming

They believe he will some day return and are waiting patiently.  They are the tribesman of Tanna, one of 83 islands that make up Vanuatu, formerly the Anglo- 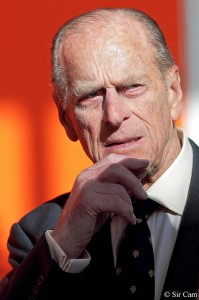 French territory of the New Hebrides.  The person they are awaiting is Prince Philip, the Duke of Edinburgh and husband of Queen Elizabeth II.  For reasons that are not entirely clear, the people of this South Pacific island believe Philip is a descendant of their spirit ancestors and for the past half century they have worshipped him as a god.  The adulation began in the 1960s and is believed to be a synthesis of traditional religion, the idea of a returning messiah figure introduced by Christian missionaries, and respect for the royal family dating from colonial days.

Philip’s birthday, June 10, is celebrated on the island every year, but there was special anticipation in 2010 because many believed this was the year he had promised to return.  The tribesman prepared a traditional bamboo hut, with dirt floor and thatched roof for him.  Siko Nathuan, the village chief, said, “I’ve been preparing this place for when he comes to live among us.  I know that in England he has a palace and servants. But here he will just live simply, like us.”

Whenever Philip returns (he did visit the New Hebrides on the royal yacht in 1974) the islanders anticipate amazing events.  Kirk Huffman, an anthropologist familiar with the cult writes about the expectations, “At the very moment that he sets foot ashore, mature kava plants [from which an intoxicating spirit is brewed] will sprout all over the island; all the old people will shed their skins like snakes and become young again; there will no more sickness and no more death … a man will be able to take any woman he wants.”

For more on this story

Did Jesus expect a “second coming” to occur before the first generation of Christians had died?  That is a question which provokes lively discussion among biblical scholars.  What is not debatable is that popular culture tends to get the priorities of this week’s text exactly reversed.  Matthew’s Jesus calls us to focus on faithfulness in the here and now, but too often we get distracted by pointless pondering about what the last days will be like.

Jesus could not make it any clearer, “Of that day and hour no one knows, not even the angels of heaven, nor the Son, but the Father only.”  But that does not keep bad literature such as the Left Behind novels from promoting lurid, morbid obsession with the final days.  The problem with focusing on the last days is that we become pessimistic spectators to the world’s pain rather than engaged disciples of Jesus who are concerned with easing that suffering.

We periodically read about a small group of fanatics who believe they have discerned the date the world will end.  They gather on a mountain top and wait for the cosmic fireworks to begin.  Such folks are simply the most bizarre example of an attitude which can take root in any Christian community, an attitude which says, “This world is so bad, let’s just hunker down in our holy bunker—safely apart from the sinful corruption of society—and wait for God to make everything right.”

Such thinking is 180 degrees from what Jesus desires from his disciples.  In God’s good time all will be made right, but in the mean time our calling is not speculation about the future, but faithful ministry in the spirit of Jesus.  If we are serious about following Christ, our concern is not just who will be “left behind” on a distant judgment day, but who gets “left behind” every day as the despairing fail to hear of God’s love in Christ, the poor go to bed hungry, students are bullied because they are somehow different, and good educational opportunities go only to those lucky enough to live in affluent suburbs.

There is no need for us to worry about the specifics of the last days.  If we live faithfully in each present moment the future will take care of itself.

Look at the list of those who are most likely to be “left behind” which you generated in response to the last discussion question.   Plan an action which you can do within one week which will show Christ’s concern—then do it.

Lord of History, all time is in your hands; the future belongs to you.  Preserve us from fears which lead us to despair, apathy which saps our resolve, and speculations which have no purpose.  Instead, focus our eyes on the example of our Lord Jesus Christ that we, like him,   may bear witness to your abiding love in all we say and do.  Amen