President Putin of Russia has recently claimed that he will not employ nuclear weapons in Ukraine, but even clear-headed analysts are not completely convinced. Furthermore, our own President Biden has said that we are closer to nuclear war than at any time since the Cuban Missile Crisis of 1962. 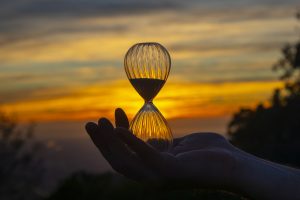 All of this, in turn, has elevated the anxieties of the American public to a point that has become noticeable by people who study these things. Peter Kuznick, a history professor and director of the Nuclear Studies Institute at American University, also compared the present situation to that tense standoff almost exactly 60 years ago between the United States and Soviet Union, when the latter country’s leaders secretly placed nuclear warheads in Cuba. Kuznick observes, “And that was short-lived. This has gone on for months now.”

A Reuters-Ipsos poll conducted on October 10th concluded that “58 percent of respondents said they fear the United States is headed toward nuclear war.” Furthermore, the Spring 2022 “Stress in America” survey by the American Psychological Association and the Harris Poll found that 69 percent of respondents believed they were watching the beginning of World War III.

This recent escalation of nuclear rhetoric has gotten the attention of scientists who maintain the so-called “Doomsday Clock” – a symbolic “clock” that since 1947 has represented an estimate of how close humanity is to extinction from its own actions.

How serious is this phenomenon of worry in the United States? Amir Afkhami, associate professor of psychiatry and behavioral sciences at the George Washington University, notes that older adults have enough historical experience and perspective to put it all in context, but also adds that his patients actually seem more concerned about midterm elections and the economy than the specter of nuclear conflict. “We have a new generation that has never experienced that potential for Armageddon.” So it seems that if nuclear war doesn’t destroy us, politics and economic catastrophe will – or at least that’s how it seems to a growing segment of younger Americans.

The gospels of Matthew, Mark, and Luke all have sections where Jesus makes dramatic predictions about things that will happen in the future. Because these things seem to be hidden from general knowledge and are being revealed as special information to Jesus’ followers, they are called “apocalyptic” sayings. These terms “apocalypse” and “apocalyptic” are Greek words meaning “uncovering” or “revealing.”

The way they get used now, they often imply mass destruction or catastrophic changes in the world (like large-scale nuclear war), mainly because the Book of Revelation (“Apocalypse”) in the Bible contains such scenes of cosmic devastation. These sections of the gospels are often called “Little Apocalypses” because they are much shorter than the whole book of Revelation, but still match its tone, depicting sometimes terrifying events, in contrast to much of the rest of Jesus’ teachings.

The bottom line of the Bible’s apocalyptic passages is not just a call to be alert to big powerful changes on earth and in heaven, and certainly not to wield private information as if it were a tool to use against those we consider unfaithful.  Rather, they provide all people with promises of hope, justice, and God’s steady presence in the face of frightening historical events.

If the class is ambitious, check out other “apocalyptic” passage in the Bible. Some examples are Isaiah 24-27, Ezekiel 38-39, Zechariah 12-14, Daniel 7-12, Matthew 24-25, II Thessalonians 2, Jude vss. 14-15, and Revelation 4-22. These passages are characterized by vivid symbolic imagery, the presence of heavenly beings, catastrophic predictions, and conflict between good and evil on a cosmic scale. How does studying such passages help strengthen our faith?

God of hope and history, we rejoice and find peace that you hold all things in your care, including the future. Bless each of us as we strive to be good witnesses to your love in the face of opposition and let your Spirit calm the hearts of those whose worries threaten to disrupt their lives. In Jesus’ name we pray, Amen.