Have you ever known someone who has experienced a loss of permanent housing, even if just temporarily?

In the World, but Not Known 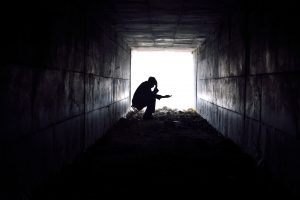 December 21 is the winter solstice, the date when the northern hemisphere receives its longest night. The winter solstice has been marked in various ways by countless cultures throughout the ages, yet a more recent observance is Homeless Persons’ Memorial Day. It is a day for local communities to come together to remember those in their midst who died during the previous year while experiencing homelessness. These local observances are coordinated through the National Coalition for the Homeless. The winter solstice is an apt date for these observances because brutal weather is often linked to these individuals’ deaths and because the long night symbolizes the fact that unhoused residents are often relegated to life in the shadows of society.

By having a Homeless Persons’ Memorial Day, one might assume that we know the number of annual deaths or that we know the names of those being memorialized. The truth is that we don’t know those things for certain (here are some statistics). There is no standard in this country for reporting these deaths, and in some circumstances the person’s identity is never known. Similarly nebulous are the reasons why families or individuals have lost stable housing. Too often society treats homelessness as a personal failing, even though it is commonly the result of an unexpected job loss, exorbitant medical bills, poor health (injury, illness, or disability), other factors, or a combination of these.

In verse ten of today’s gospel passage, it says, “He was in the world, and the world came into being through him; yet the world did not know him.” Without giving thought to who the “he” is, try to visualize what each phrase of that verse says. To put it lightly, this verse of scripture is a paradox. When we consider the verse’s implied birthing imagery, it would be as if the mother is located in her own child. That’s paradoxical enough, but the final phrase adds to that paradox by saying that the child did not even know the mother in her.

The Incarnation (the belief of God taking on flesh) is a paradox, yet it is also central to our Christian faith. We shouldn’t, however, leave the Incarnation as an interesting concept for us to ponder. Note that verse 10 finishes with “yet the world did not know him.” This should remind us that the incarnate Word identifies with those whom the world does not know. Namely, those whose humanity often goes overlooked, like unhoused individuals. Centuries ago, Christians saw beggars as those who were closest to God, hence the mendicant response upon receiving gifts of food or money — “God bless you” — was something that Christians actively sought to hear. Although that viewpoint has been lost in time (see Fear of Beggars by Kelly Johnson for why this happened in the church), perhaps finding the incarnate God in unhoused individuals is something inherent to our Christian faith.

Almighty and gracious God, help us to see the needs of the people on our street, in our community, and throughout the world. Kindle in our hearts a love that radiates sympathy, kindness, concern, and generosity to all humans. Amen.