What sort of vestments (special clothing) are worn by people leading your worship services?  Do you feel that these vestments change or enhance your worship and fellowship?

A casual glance at the cover of the October issue of Airmen magazine, the official magazine of the United States Air Force, might have left readers stunned.  In the cover photo, a 28-year-old woman with dark hair pulled loosely back holds a large barbell loaded with weights high above her head.  The woman, retired Captain Sarah Evans, looks incredibly strong and athletic.  There is just one surprise: she only has one leg. 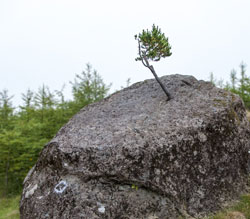 During a deployment to Afghanistan, Capt. Evans was diagnosed with stage three bone cancer in her left hip.  Doctors worked quickly to save her life, but were forced to amputate Capt. Evans’ leg below her pelvis.  Some of us, if we had this happen to us, might feel the need to slow down and be limited by this change.  Not so with Capt. Evans.  On the contrary, Evans has become a champion of the Wounded Warrior project, has continued to work for the Air Education Training Command, and has even climbed Mt. Kilimanjaro in Africa!

What brought Capt. Evans to the cover of Airmen magazine, though, was her determination to compete in the Invictus Games, held in Great Britain.  “Invictus” means “unconquered” – an appropriate name for a set of Olympic-like Games in which the wounded warriors of fourteen nations vie against one another in imposing events.  This year was the first for the Invictus Games, which were conceived by Prince Harry of Wales after he saw the inter-service Warrior Games during a visit to Colorado.  Pressure was high for the USA Team at the Invictus Games.  After all, they were not only representing their country, but also the spirit of determination that drove them to keep themselves strong and mighty, even in the face of adversity.  In the end, their victory was so much more than simply winning at an event.  Each competitor showed the triumph of spirit and fortitude over fear and resignation.

And Capt. Evans?  She took home the Gold medal in cycling and the Bronze in the shot-put and the discus.  Sounds like she earned the title of “Invictus”!

Anyone meeting John the Baptist for the first time would surely know something about him was different.  First of all, this cousin of Jesus dressed far differently from others, wearing “clothing made of camel’s hair, with a leather belt around his waist.”  He also subsisted on strange food: locusts and wild honey.  What a sight he must have been!

It was John, though, who was called to be “a voice calling in the wilderness”, meant to proclaim the coming of Jesus to the people of God.  John was sent to a complacent world to announce something new and incredible to a people desperately in need.  It’s no wonder that he wanted to get people’s attention for that!

John was a “holy man” in the true sense of the world.  “Holy” means “set apart for a purpose”.  John wasn’t worried about fitting in.  John accepted that his faith called him to be set apart for a purpose.  There were certainly those who thought that John was crazy, or at least that he was a bit weird.  In the end, though, it was John’s refusal to conform to his society that helped him preach a powerful witness to God’s people.

One part of the pastoral vestments in the ELCA is the stole worn behind the pastor’s neck.  This item is a sign and symbol of the ordination of the pastor, and it is laden with imagery and significance.  As a gift to your congregation’s pastor, craft a stole or fabric or paper to decorate and present.  Select a theme for the stole, such as virtues and gifts or Gospel stories.

Be aware that your pastor may or may not elect to wear the stole during a service; stoles are traditionally colored to match the liturgical season.  Regardless, however, your pastor will greatly appreciate the thought and care taken to craft this important symbol!

Heavenly Father, you call each of us to a life of holiness.  You give us the strength and the conviction to accept this call, and for this we are always thankful.  We praise you for giving us new life and new purpose with every new morning.  Bless us to be your holy hands to a world longing for your touch.  In Jesus’ name we pray, Amen.