December 22, 2019–When the Impossible Happens

Tell the group that today they are going to learn a magic trick.  Pick one of the simple tricks from these websites or share one you know.

When the Impossible Happens 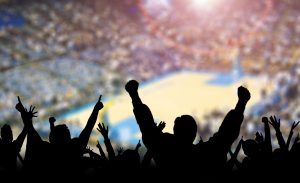 From the opening tip, the older, more experienced team from Stephen F. Austin played with confidence.  Each time that Duke got a lead, Stephen F. Austin’s team rallied to keep the game close.  Duke held a five-point lead at halftime, but as the second half began, it quickly became obvious that the young Duke players were feeling the pressure.  Missed shots and missed free throws came in bunches.  The teams traded baskets and with 19 seconds left in the game, Gavin Kemsmil from Stephen F. Austin made a basket to send the game into overtime. In overtime, both teams struggled to score, but with the game tied 83 to 83 and 15 seconds left, Duke had the ball and a chance to win the game.  In the previous 150 straight games at home against non-conference foes like Stephen F. Austin, Duke had always made that shot that they needed and won the game.  On this night, the shot bounced off the rim.  The rebound slipped onto the floor and rolled to a Stephen F. Austin player who threw it to Matthew Bain.  Bain raced the length of the court and laid the ball in the basket right in front of the Stephen F. Austin bench just before the clock struck zero.

As the final score appeared on the scoreboard, Duke fans stood in stunned silence and the small group of Stephen F. Austin fans and players erupted with joy and amazement.  This team of junior college transfers and players most people had never heard of pulled off the biggest statistical upset in NCAA basketball in the last 15 years.  They defeated the number one team in college basketball.  They ended Duke’s 150-game home winning streak, a streak which began in 2000 when Duke beat Stephen F. Austin.  As the season continues, both teams will have their share of wins and losses, but on that night in Durham, NC, the players from Stephen F. Austin proved to themselves and to others that sometimes the impossible really is possible.

For Joseph, the news that Jesus was to be born of Mary was not particularly good news.  Since Joseph wasn’t the father of the baby, you can imagine that he might be hurt and upset by the news.  The Gospel of Matthew says that Joseph was a good man and that he decided to handle things quietly and make this uncomfortable mess go away.   A dream, however, changed his mind.

Many folks today ignore their dreams or at best find their dreams to be a curiosity that provides reflection on their life, but when an angel appeared to Joseph in a dream, he didn’t ignore it.  The angel said, “Joseph, son of David, do not be afraid to take Mary as your wife, for the child conceived in her is from the Holy Spirit.  She will bear a son, and you are to name him Jesus, for he will save his people from their sins” (Mt 1:20-21).  Joseph heard God’s Word revealed in this dream and he listened.  “Joseph awoke from sleep, [and] he did as the angel of the Lord commanded him” (Mt 1:24).

Joseph listened.  Joseph believed the unbelievable.  Joseph heard the angel speak to him in a dream and accepted this unexpected news about Mary.  He couldn’t prove what the angel told him was true.  He couldn’t double-check or verify the information.  With the help of the Holy Spirit, he believed, based on his experience of God that night, on his knowledge of what God had done in the past, and on his understanding of what God was doing and had promised to do in the future.

Now to be sure, there are folks in this world who will say the whole story of Mary, Joseph, and Jesus is impossible to believe, but sometimes what seems impossible and unbelievable is in fact possible and believable.  Sometimes the 27.5 point underdog wins the game.  Sometimes there isn’t a logical explanation for what happens and sometimes God speaks to us in unexpected ways.

In our world where it can be hard to know what is true and what isn’t true, Joseph’s faithfulness offers a helpful example of what it looks like to believe when believing is hard.  We may not receive a visit by an angel in a dream, but with the help of the Holy Spirit, we, like Joseph, can respond to God’s Word with belief.  We, like Joseph, can draw on the stories of God’s presence with God’s people in the past as examples of God’s enduring faithfulness to us.  We, like Joseph, can take a leap of faith and believe that God is active in our lives and in the world.

Open our hearts, O God, to experience your love for us.  Open our eyes to see the ways you are active in the world around us.  Open our ears to hear your call to be your heart, hands and voices in the world.  Helps us to know that you are with us in all that is and all that will be. Amen.