Was Jesus the victim of mob violence? 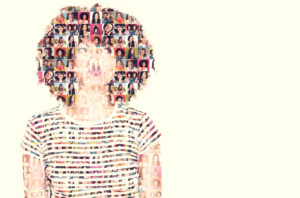 An ABC news story of recent violence at rallies in response to policies of President Trump illustrates the fact that group behavior often becomes mob behavior, regardless of the “side” the group represents.  The story noted that violence was committed by members of both groups, the supporters and protesters alike.  When people regard one another merely as representatives of an opposing side in some conflict, they surrender the capacity to engage one another as human beings with value and dignity and voice and story.

Contrast that ABC news story about violence at political rallies with the News One story about the efforts of some senators to try to heal racial divisions by agreeing to meet in table fellowship over a meal.  Whether or not those efforts can effectively help to heal racism, the fact remains that when people sincerely start to know each other as people it becomes increasingly difficult for them to regard each other as merely  representatives of some “other” group.  Certainly, sharing a meal with someone does not guarantee that unity and harmony will emerge in place of previous divisions or disagreements, but the investment of time and effort that people make in truly knowing one another can transform their lives.

Sunday of the Passion

Matthew’s account of the Passion of Jesus is simultaneously a story about group behavior and about interpersonal fellowship.  On the one hand, the story is propelled forward by the insistent clamor of the crowd demanding Jesus’ crucifixion.  On the other hand, the actions of the crowd repeatedly place various individuals in situations of interpersonal fellowship with Jesus.

Consider Pilate, the Roman governor responsible for administrating Roman imperial rule in and around Jerusalem.  Matthew never suggests that Pilate was moved to faith by his encounter with Jesus, but he and Jesus nevertheless share a significant occasion of interpersonal fellowship when they are forced together by the demands of the crowd.  Clearly Pilate is troubled in conscience by the crowd’s insistence that he order the execution of Jesus, a man whom he finds to be innocent.  We are left to wonder how Pilate’s life might have been changed by his encounter with Jesus.

Matthew tells us even less about Simon of Cyrene, the passer-by who was compelled to carry Jesus’ cross to the place of crucifixion.  Whether Simon was chosen entirely at random or for some particular reason, he came to share intimately in the Passion of Jesus that day, and it is reasonable to imagine that the experience had a profound and lasting impact on his life.

Matthew’s account makes it clear that the ministry of Jesus does not stop when he is arrested and bound.  Instead, all along the way to his crucifixion Jesus continues to do what he has always done – moving people to amazement and wonder, providing occasions to walk with him in his way of the cross, and prompting faith’s perception that his ministry is the ministry of God.  The crowd that clamored for Jesus’ crucifixion wanted to end Jesus’ ministry of transforming lives; instead, their actions resulted in the continuation and extension of that ministry.

The crowd behaved like a mob, but the actions of the crowd also carried forward the ministry of Jesus.  However unintentionally, however unwittingly, the insistence of the crowd demanding Jesus’ crucifixion became part of the movement by which people were brought to fellowship with Jesus.  While the crowd eventually got what it demanded – the death of Jesus – God’s ministry of transforming lives was nevertheless unfolding, even within the clamor and conflict of mob behavior.

An altar or table is one of the most essential furnishings of Christian worship, for it is upon that altar or table that the bread and wine of Holy Communion are prepared as the Lord’s Supper with and for the people.  In Holy Communion, the people are invited to table fellowship with Jesus so that they might grow closely together.  Jesus endured his Passion so that he might enter into fellowship with all people, in all times, places, and circumstances.  In this way, his cross becomes the primary “table” for interpersonal fellowship with people.

O God, our life, our strength, our food, we give you thanks for sustaining us with the body and blood of your Son.  By your Holy Spirit, enliven us to be his body in the world, that more and more we will give you praise and serve your earth and its many peoples, through Jesus Christ, our Savior and Lord.  Amen.