Back From the Dead

Recovering from opioid addition can be like dying and coming back to life. 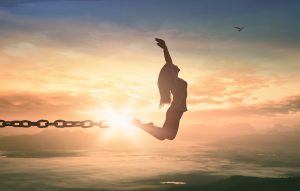 Too many of us know someone who has lost a loved one to a drug overdose or whose life has been dominated by a friend’s substance addiction disease. As noted in a recent report from Spectrum Health Systems, “There’s a stigma against people who struggle with addiction that often exists because people believe it could never happen to them – but it can. Addiction is a disease that knows no boundaries, has no preconceived notions and leaves no clues as to who it will touch next.” Our prejudices also make us presume that someone who develops such an addiction is probably young and reckless.

The report then goes on to tell the story of a man named Jeffrey Born, aged 65, who seemed like a very unlikely person to develop an addiction, but who received heavy doses of painkillers while hospitalized for a life-threatening workplace injury. While still in the hospital, he developed an addiction to those medications, which he realized when the doctors tried to wean him off of them. The ongoing pain was so severe that it affected Mr. Born’s normal good judgment, and he began seeking other sources of pain management, eventually turning to heroin, the only thing that gave him some relief. His near-death experience came when he unknowingly injected himself with a much stronger drug – fentanyl – and immediately fell into a coma. His girlfriend, who was with him at the time, quickly called EMTs, who arrived in time to administer Narcan to save him, but the experience left him in a terrible dilemma.

In what he described as a turning point, Mr. Born realized how much his life had deteriorated. “By then, my life was in shambles,” he said. “I was about to be evicted and homeless. My family barely spoke to me. My life was a horror story because of drugs.” He decided that the pain of withdrawal and the work of recovery was the only choice he had to avoid dying from his addition as well as continuing to burden those around him, so he sought out a treatment program. “My life has changed so much in long-term recovery … I made amends with my family and friends, who I drove away with the lies I told to cover up my addiction. Making amends with them was the most important thing to me, especially restoring my relationship with my son.”

Resurrection of Our Lord

All four of the gospels have a scene with the women coming to the tomb and discovering that it is empty, but only Luke has two men in dazzling clothes who say, “Why do you seek the living among the dead?”, suggesting that surely they should have known Jesus would not be there, especially since Jesus had told them long before that this would all happen. Some interpreters have suggested that “The Living One” was a very early title used by Christians to refer to Jesus. That may sound silly – surely anyone who is alive could be called “the living one.” But for these early believers, it’s as if they knew that Jesus was somehow more than alive and that even life itself was being redefined by the new, resurrected life of Jesus. That title gets repeated in Revelation 1:18, where Jesus appears to John with the reminder that Jesus’ new life is permanent and that he alone now holds authority over death.

Glorious God, we offer you thanks for gathering us into the power of the resurrection of Jesus.  We pray for all who celebrate the Easter festival this day, that joyful celebrations everywhere might be places of welcome for those who are in need of new life. Help us to be struck with awe once again by the story of how you shattered the earth to bring Jesus from the grave. For all those in our lives who are convinced that they are stuck in a path toward death, fill us with confident hope and bold good news for them.  In the name of the risen Lord Jesus, Amen.