December 1, 2013–Swords, Ploughshares, and John Lennon: War is Over?

How have the wars in Iraq and Afghanistan affected your family or friends?

Swords, Ploughshares, and John Lennon: War is Over?”

The U.S. has been engaged in active conflict in Afghanistan since October 7, 2001. While the country’s leaders have been working to bring troops home, with a hoped for deadline of December 31, 2014, recently an agreement was reached to extend an active presence of at least 10,000 U.S. troops long past that date.

Meanwhile, in Iraq, the U.S. departure has been followed by an accelerated slide into civil war, which is one major factor shaping plans to stay in Afghanistan for the foreseeable future: We don’t want that country to go down the road that Iraq seems to be on. 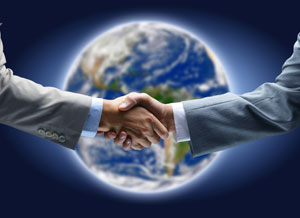 Right next door, the international community is working to find peaceful solutions for what seems to be an escalating and open-ended civil war in Syria. If things continue to deteriorate and heat up, it remains to be seen whether the U.S. will be able to avoid participating in yet another war in this divided region of the world.

Back at home, gun violence continues to weigh heavily on the hearts and minds of people all over the country. In the midst of violence abroad and at home, some are trying to find ways to open up space for peace. In Newburyport, MA, pastor Christopher Ney of Kids as Peacemakers and Central Congregational Church is urging people to take a week off from violent video games. Especially in this holiday season, as every gaming system is coming out with their newest games and consoles – nearly all of which include violent imagery – Ney is wondering if it might be time to take a break.

Today is the first Sunday in Advent. Advent is a season that is often overlooked in the midst of the Christmas rush. Christmas shopping and frivolity aside, frankly: not a lot of people want to hear the kinds of things that this season asks us to think about. Advent is not “business as usual.” Advent seeks to turn the world upside down. Advent says: “Pay attention! The way things are is not the way things should – or could – or will be.” More than anything, Advent is a reminder that nothing lasts forever. All things – people, countries, fortunes, trials – all things will come to an end.

This is both great and difficult news. It’s difficult because no one wants to talk about how all the good things we enjoy – family, friends, stuff, etc. – will not last forever. But it is also great news – because there is plenty of stuff that we have gotten accustomed to, things that are a part of “just the way things are,” that are not the way things ought to be.

The U.S. engagement in Afghanistan will soon become the longest war in this nation’s history. Especially for those who were born during or after 2001, war is simply a fact of life, especially for those who have family and friends in the armed services. This has been true for many of our brothers and sisters around the world, at many different times in history (just ask anyone from Afghanistan.  This isn’t the first time they’ve raised up a generation or more in the midst of war).

This was also true of our ancestors, the children of Israel. The prophet Isaiah lived during one of the longest stretches of war and international anxiety in the history of God’s people. The book begins around the time that the northern kingdom of Israel was destroyed by the Assyrian empire. Isaiah lived in the southern kingdom (Judah), but he and his friends had lots of family in the north. Everyone in Judah and Jerusalem (the capital) lived in constant fear that they were next. Indeed, the southern kingdom met its doom 140 years later. That means the people of Judah lived in a heightened state of anxiety and conflict for several generations. They knew nothing but “wars and rumors of wars.” A strange time to raise your kids, to be sure.

Into this anxious and dangerous time, God sent Isaiah with a vision of massive transformation: The time of war will come to an end. All the weapons of war will be pounded into implements for farming. As my favorite Old Testament professor, Dr Ralph Klein, likes to say (and I’m paraphrasing his own paraphrase): “They shall pound their rifles into lawn mowers, and their tanks into John Deere tractors.” There will come a time when we will have no more use for the stuff that kills – only for the things that help us grow and live.

Lots will have to change in order for this vision to become a reality. Some of that is our work to do. But ultimately, in a world that loves war and violence as much as we do, this Advent vision of soldiers-turned-farmers is something only God can bring to birth. In the meantime, as we wait and watch, we hold onto the promise that someday we will be raising children in a time of peace – here and everywhere. Someday, the fields of Afghanistan will be full of waves of grain, not laced with landmines. Someday, by God’s grace, all the bloodstained clothes will be bleached and sparkling white. Someday, the old John Lennon carol (surely you’ve heard it at Target in the last few days) will actually ring true: “Happy Christmas: War is Over.”

This is what Advent is all about: We sing and pray as if the world is becoming something other than what it is today. And by God’s grace alone – it is.

Grab a stack of newspapers, magazines, catalogs, whatever. Invite the youth to find images of violence – movie/video game ads, images of fake (or real) guns, etc. Cut them into pieces and turn them into images of peace, growth, life, and love (crops, food, peace sign, tractors/shovels, dinner tables, etc.). Hang these up somewhere in the church, with a sign/banner that reads: “Swords into ploughshares.”

Activity #2: “A world without war”

Get a map of the world.  (Google image search “world map”; you get things like this: http://www.lib.utexas.edu/maps/world_maps/world_physical_2012.pdf)

Circle places in the world where you know there are conflicts, wars, etc.

Gather around the map and invite participants to lay their hands/fingers on a place in the world where there is conflict (and, really, that could be anywhere). Invite them to pray about those places – and particularly children who are growing up there – that those kids and those places might know peace. You may or may not want to listen to John Lennon’s “Happy Christmas: War is Over” while you do this J.

God, this world is in love with war. We, however, are not – and neither are you. Help us look for signs of hope, work for moments of peace, and continue to dream about a world without war and violence. “O Come, O Come, Emmanuel.” In the meantime, as much as you are able, keep us safe. Amen