Should corporations and millionaires be able to make unlimited contributions to political campaigns? 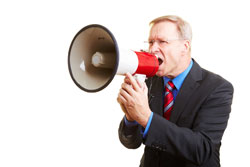 As the Republican presidential primaries roll on, Mitt Romney remains the presumptive nominee, but he’s been unable to close the deal. Many observers point to one explanation for this failing: money. The newest actors on the political scene are Super PACs, and they’re having a big impact.

In 2010, the Supreme Court ruled in a case known as Citizens United that the law prohibiting corporations, unions, and nonprofits from producing political ads violated their right to free speech. This ruling led to the proliferation of so-called Super PACs–-political action committees that can accept unlimited contributions and spend that money in campaigns, as long as they don’t collaborate with the candidates.

All of the candidates have benefited from Super PAC spending, but some credit super PACs with keeping the non-Romney candidates alive. In Iowa, the super PACs easily outspent the candidates. Much of the Super PAC funds is coming from just a few committed individuals. Casino mogul Sheldon Adelson gave $11 million to a pro-Gingrich Super PAC. Pro-Santorum Super PACs are planning big ad buys in Ohio in advance of that state’s primary.

Campaign finance reformers are appalled, but it looks like, for now at least, big money will remain a key player in the political landscape.

What a scene it must have been at the temple. The crowd of Jews from far and wide was in Jerusalem preparing to celebrate Passover. Moneychangers and livestock salesmen noisily went about their business. And there was Jesus, with his whip, thrashing about in a furious rage.

What’s wrong with this picture? The Jews present that day might have said Jesus was the problem, he was the one causing trouble. But Jesus saw something different. He saw a system that was taking advantage of the worshipers, distancing them from God rather than drawing them nearer.

In that time, worship required sacrifice and to complete that task the pilgrims would have had to exchange currency and purchase animals for slaughter – all at extortionary rates that enriched the merchants and the temple. This not only excluded poor Jews from participation, but it also placed the emphasis on the ritual instead of on what was happening in the hearts of the worshipers.

Here and throughout his ministry, Jesus makes clear that the path to God is not through the doors of a building, no matter how holy, but through following the path of Christ himself. And Christ doesn’t require ritual or sacrifice of us. All he asks is that we seek him with open hearts and a desire to follow his example.

Consider your congregation and your place of worship with the eyes of a newcomer, a stranger. Are there things that make it difficult for an outsider to join in? Would a street person in soiled clothes feel welcome? Would someone unfamiliar with the liturgy be able to easily participate? Are there language barriers or access challenges for people with physical disabilities?

Also consider steps your congregation is taking to be more accessible. Give yourselves a grade. Consider what further steps you might take.

Heavenly Father, we welcome you into our lives every day. Help us to also welcome others into our lives and into our worship, so that we can meet you as one united body in Christ. In Jesus’ name we pray. Amen.