With 2016 coming to an end, like many of you, I am thinking back about this past year especially in terms of the disasters that impacted the United States. As I do, the word that I would use to describe this year’s disasters is “Forgotten.” 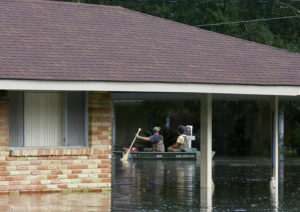 Do you remember the flooding in Louisiana, both the March and August events? What about the flooding in Texas, especially the eastern most counties? How about Hurricane Hermine impacting the west coast of Florida? Do you recall how many states were impacted by Hurricane Matthew? There are five; (Florida, Georgia, South Carolina, North Carolina and Virginia.) What about the Tennessee fires? Did you know that the number of children from Central America coming to this country was quite a bit higher than last year; or that there were more families that came from Honduras, El Salvador, and Guatemala than the number of children from those countries?

Another reason why we don’t remember all the disasters of this past year is because of the NIMBY syndrome—Not In My Back Yard. While there were many disasters, and we feel compassion for those impacted, they tended to be in one part of the country so unless we were near an impacted area, it is easy to forget about them.

But most importantly, the Presidential Election tended to push every other news items to the back burner if they were even on the stove at all. It seemed like every other day, some new issue came up concerning one or the other presidential candidate that grabbed the headline. Now there were some exceptions—specifically the Tennessee fires and Hurricane Matthew’s impact in North Carolina did get several days of news coverage. 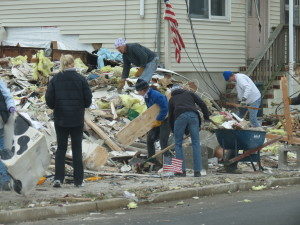 But thankfully, our network of affiliates, social ministry organizations and synods, were and remain active in responding to all the disasters, not just the ones from this year, but past disasters as well. For example, our affiliates in New York and New Jersey in 2016 are still responding to Hurricane Sandy; with Lutheran Social Ministries of New Jersey planning on working on Sandy recovery efforts through most of 2017.

I cannot forget about those impacted by a disaster even long after the event is over because I recognize a disaster is often one of the defining moments of a person’s or a family’s life. More often than not, time is measured before or after the disaster. With each disaster being so important to so many people, I just cannot forget about it and move on to the next one.

So next year, and in the years to come, please keep an eye on the news, specifically for the reports of disasters both large and small. And when you hear of a disaster, either on the news or through one of our social media outlets, please remember to pray for those impacted as well as those responding. Not just at the time, but for years to come.

May Emmanuel, God with us, be with all those impacted by a disaster whenever and wherever they may occur.

Continue to pray for all affected by disasters, may God’s healing presence comfort them in their time of need.

Thanks to generous, undesignated donations, Lutheran Disaster response is able to respond quickly and effectively to disasters around the globe. Your gifts to Lutheran Disaster Response will be used where there is the greatest need.