Since October 2013, approximately 60,000 children from Central America have crossed borders to arrive in the United States. This mass migration of children has garnered international media attention, and with it, a lot of contradictory information. So what is actually happening with this crisis at the border? Recently, a group from the ELCA traveled to the U.S. Texas/Mexico border to learn about the situation first-hand. The trip included visits with U.S. Border Patrol, social workers, pastors, an attorney, and the refugee children themselves. 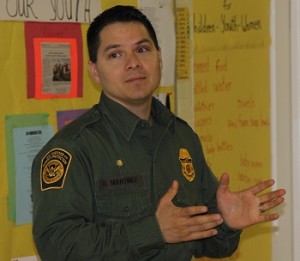 Listed below are just five myths and their corresponding facts that tell what is really happening at the border. For further detail, and for more myths and facts, please read the Unaccompanied and Migrant Children –Myths vs. Facts resource.

MYTH: Border crossings are on the rise.

FACT: Border crossings are actually down from where they were in the 1990s, when more than 1.5 million people would come to the U.S. every year.

MYTH: These kids are here illegally.

The ELCA and other humanitarian organizations are caring for children who are awaiting review of appeals for asylum or protection and for those who have been released from detention to join family or sponsors.

MYTH: These kids are carrying drugs and are just here to cause trouble.

FACT: Drug-related violence and exploitation is a primary reason these children flee. Drugs are being run by drug cartels, not by children from Central America who are seeking asylum.

Most of these children are seeking out and surrendering to U.S. Border Patrol in order to receive protection from exploitation and other risks. When asked why they left their homes, children say they were hungry or their parents sent them to try to protect them from being recruited into the gang violence and trafficking in their communities. They are not troublemakers; they are trying to avoid trouble.

MYTH: These kids have diseases that they will spread to us and our kids in school.

FACT: Lutheran Social Services of the South has cared for approximately 6,000 unaccompanied children in the past year, and they report fewer than a dozen children who have needed more than routine medical care. The primary health issues these children are receiving care for include dehydration, the common cold and dental needs.

MYTH: Taxpayers are paying for these kids to reunite with their families.

FACT: When unaccompanied children are released from detention facilities while their cases are reviewed and resolved, they are released to a family member or a sponsor. They are not released until their transportation is paid for either by themselves or their family or sponsor. Often, family members send money and a bus voucher is given to be redeemed for a ticket at the bus station.