“Starting to work again, but for others”

One missing body has been found in Aso-Mountain yesterday, and the death toll from direct consequence of earthquake is now 49.  In addition to this number, at least 13 people have lost their lives due to hardship during evacuation process. For many, the start of the week was a mixed one; some started to clean the rubble in their houses, some started to work, and some are still not ready to go outside of evacuation center.  There are many scenarios, but even for those who started to go to work, their primary motive seems to be ‘assisting others’. 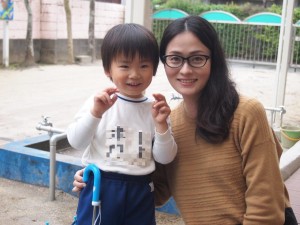 Ms. Rika, a pregnant mother with her son Mondo (rare name in Japanese, but they named him after Italian/French word of ‘the world’), stayed in a car after the earthquake for 10 days.

Staying and sleeping in the car was not an easy thing, and even after major part of their house was cleaned up, Mondo refused to go back home, and he named their car ‘a house at the time of earthquake’.  After a while Mondo accepted and their family went back home, but he doesn’t want to sleep alone in a bedroom while his mother is in the living room.  Being close to his loved ones seem to be keeping him up from traumatic experience nearly 2 weeks ago.

Being able to go to kindergarten seems like a great relief for many children.  This is a place where children can feel safe, with teachers they are so much used to.  Parents are also relieved as this gives them time to work or to do necessary clean-ups and administrative processes towards their recovery.

While I was seeing and hearing about how this helps the children and parents, I wondered where these teachers and caretakers come from.  Are they not affected?  When I asked this question, all of them replied ‘we are also from this community, and we come here from our cars or evacuation centers’.  Despite the fact that they have the same needs as other affected community members, they come here and work.  One of them said “because they need this”. 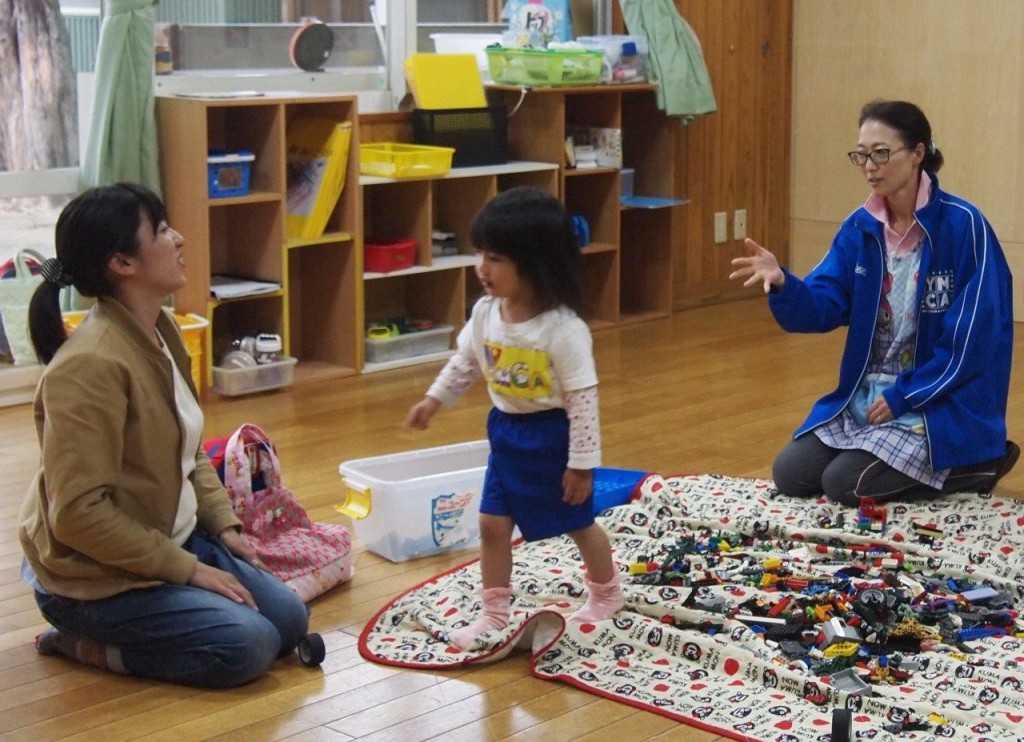 Ms. Uemura (above photo: right) was reporting to the mother how her daughter was during the day, and what she could do well.  The mother then asked her ‘how should we deal when the child refuse to do everything?’.  These are questions all parents ask at some point in time, and presence of people like Ms. Uemura is very encouraging for young parents.  After this family went home, I asked Ms. Uemura about her own situation.  She said “my children are now living with my sister so that I could work here”.  Initially, she thought she would be away from her children for a week until the school for her children re-opens, but it is over 10 days now, and she doesn’t know how much longer it would take for her to reunite with her own children.

Every day counts when one has a young child, because they grow up every day.  It is not easy to be away, but she made a conscious decision of come here and work.  When I asked why, she said “I think it is natural when you work for YMCA”.  It seems to link with what other teachers said “because they need this”.

Continue to pray for the people affected by the earthquakes. May God’s healing presence comfort them in their time of need.