In the 2016 Presidential Election, 56% of eligible voters either made it to the voting polls or cas 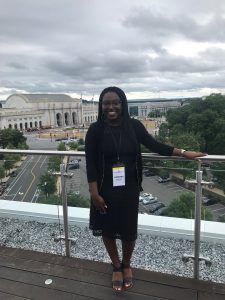 ted their ballots by mail¹. If this statistic looks low to you, it may come to a surprise that this is the highest turnout that we have had since 2008 with 62% of eligible voters casting a vote². Eligible voters are more likely to register and participate in presidential elections, than midterm elections making the following numerical factor much worse. In 2014, only 38% of eligible voters went to the polls³. This is the lowest turnout for midterm elections since World War II. Even then, many people of voting age were overseas fighting in the war, so there may have been a very valid reason for the low turnout.

The reality of the situation is that many people do not realize the importance of voting for their representatives in Congress. According to Pew Research, midterm elections have always had a low turnout since 1840! The reason being isn’t totally clear, but there have been some discussions of what could be causing this. Perhaps it is the fact that presidential elections are more televised. Furthermore, many people do not know who their representatives in Congress are, but they can tell you who the POTUS is without a doubt. Voting is an important part of civic engagement that is not only associated with presidential elections. Your Senators and House Representatives are supposed to represent you. They create legislations and vote on issues that are very important to us as Christians like:child-family separation, education laws, immigration, affordable housing, international aid, food assistance, and much more. These bills must pass both chambers of Congress before they even make it to the President, so it is essential that our focus should be on who we elect to represent our faith-based values.

The work that I have done as an ELCA Advocacy Intern, has taught me that every vote counts! I had the opportunity to assist a congregation prepare for a meeting with their Senators. The day after, I learned that the group was discouraged after one of the meetings due to the Senator’s inability to listen to the concerns of his constituents. This led me to think of the importance of voting for people who will listen to the concerns of their constituents and the issues that are most important to them.

Additionally, I have assisted with the #ELCAvotes campaign. In this work, I have studied the Voting Rights Act, voter disenfranchisement, and created faith-based resources. When doing this work, I am mostly reminded that it is not everyone that has the privilege to vote. Many laws exempt people from voting. Furthermore, these laws effect marginalized communities the most- specifically Blacks. As a Black woman, I recognize laws that have served as mechanisms for voter disenfranchisement – Jim Crow. Although, many people have fought to against many discriminatory voting laws, the issues still stand. Many people of color are discouraged from voting or find themselves not eligible. I will always vote keeping in mind that not all people have the privilege to do so.

These upcoming 2018 midterm elections are just as important as the next Presidential election, because each time we have the opportunity to vote, is a testament to our civic duty. As Christians, we should have faith that the people who represent us represent our values as Christians as well. If these values are not represented, we can go to the polls this November in voting in hopes that we will find the people who will. Though we rely on our representative, there is no greater authority than our loving God who asks us to advocate for the weak, love our neighbors, and engage in our civic duties.