Why the McConnell Rider Matters 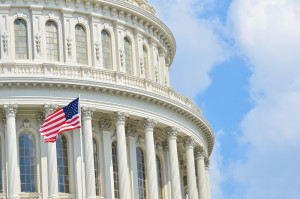 In the midst of the sea that is the $1.15 trillion omnibus spending package facing Congress, there is a campaign-finance rider that would do away with the campaign monetary limits currently set for political party expenditures.

On the surface, one could argue that this might help remedy the imbalance, broadened by the 2010 Citizens United Supreme Court Decision, between what Super PACs spend to sway voters versus what political parties are allowed to spend on their own candidates’ races. One could argue that. And it might possibly be true. It could help bring some parity to an imbalanced campaign finance system.

But, I wonder, is that imbalance really a problem worth solving? Are we asking the right question here? I suggest the answer to those questions is a resounding, “No.”

The real question, one that neither party is too eager to address, is the imbalance of the entire electorate in which many, dare I say most, of us are left out of the democratic process by virtue of our comparatively diminutive bank accounts. That the democratic process in this country is increasingly ceded to a wealthy few is the true crux of the issue, and it is something that McConnell’s rider only exacerbates.

Balance is key. Balancing big money with even bigger money is not.

The Evangelical Lutheran Church in America and Churchwide has calls on us to, “advocate for the enactment of campaign finance reform legislation at the local, state, and national levels, so that an equal opportunity may be provided for all candidates for elected office.” This is a critical issue. Already, political parties can now raise nearly $2.5 million in any one cycle from an individual donor. Raising this limit will serve as a means to bypass existing limits on contributions to candidates, and increase the influence of money in politics.

As a citizen and, especially, as a person of faith, it bothers me that we seem to have all but given up on campaign finance reform. In our Reformed tradition, we are called to live our lives in faithfulness to a government that adheres to a common good, that enlists the voices of all, regardless of net worth, into the decision-making process so that we can foster values that represent what we believe we are called to live into: justice, peace, freedom. When access to the process is mitigated – or even denied – to the majority in favor of a wealthy few, regardless of one’s political persuasion, we are incapable of living into our call to faithful living.