ELCA Blogs / ELCA Advocacy / Thanks be to God at CSW57

Thanks be to God at CSW57 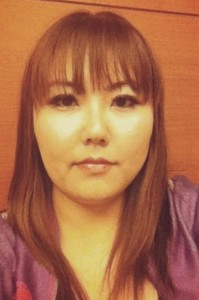 by Hayley Bang, an ELCA delegate to the 57th Commission on the Status of Women

The day before attending the United Nations Commission on the Status of Women, I read a news article that stated in 2012 one South Korean woman was killed by her intimate partner per three days. Around 120 women were killed by their intimate partners in one year.

“男尊女卑 女必從夫” has been the key concept for the gender hierarchy of Korea. The first four letters literarily mean men are higher than women, and the second half means women must follow or obey their husbands. I was also a victim of this concept which still is exercised unconsciously among Koreans and the first generation of Korean Americans. I always questioned why men and women are not equal and especially questioned the unfairness of a male dominant society where not only men but also women oppressed other women.

So, for me, the opportunity to be a part of the Commission on the Status of Women is a great opportunity to learn about women’s rights on a global scale. I was very nervous and excited about it. I was able to attend different side events and events that were led by The Lutheran World Federation and the World Council of Churches. I learned a lot of new things about different cases of violence against women. I was impressed by the quote that “Women’s Rights = Human Rights.” However, I was sad about the fact that we still talk about women’s rights rather than just human rights, in a sense of gender inequality. It is sad that what gender you are born into determines whether you have more rights compared to the other gender. It is not limited to one particular area in the world, but it is a global problem. Yes, we are all different, yet women were similarly oppressed by the other gender and also by other women.

However, I do not give up there. I believe in unity in diversity yet variety. I know that we need different approaches in different cultures to end the violence against women. However, we have one and the same purpose, we are united as one during the Commission on the Status of Women. We are shouting and acting together with one voice to end the violence against women. The Commission on the Status of Women was the place to gather those voices together, and act together, yet gave us wisdom and knowledge about how to contextualize in each culture to end the violence against women. Thanks be to God for the people that I met during this year’s Commission on the Status of Women, the experiences I had, and more importantly thanks be to God that God is working in us, with us and calling us to be God’s people and to look after each other.